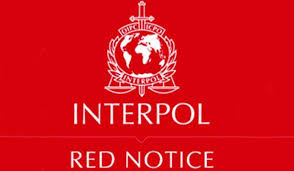 They include a whopping 52 from Jamaica, the most of any Caribbean nation. Of that number, 26 are wanted for murder, primarily by Jamaican authorities. However, Albert Bolt, 64, and Omar Gray are both wanted in the U.S. for murder.

Sixteen nationals from the Dominican Republic are being sought. They include Argenis Contreras Gonzalez, 37 and Pedro Alejandro Castillo Paniagua, 37 who are wanted for murder; and Milciades De Jesus Santana, 57, who is wanted for human trafficking and forgery.

Eight Cubans are also on the Interpol list. They are as follows:

The South American, CARICOM nation of Guyana has six persons on Interpol. They are Harry Narine Rajkumar, 47; Benvolio Francois Caitanya Valenski, 27; Marcus Brian Bisram, 30; German National Julie Elizabeth Ravel, 65; Neon Daneyon Jemmott, 41 And George Andrew Hercules, 64. Rajkumar, who is also a Canadian citizen, is wanted in Canada for attempted murder, aggravated assault, assault with a weapon and disobedience of a court order. Valenski is wanted also by Canadian authorities for attempted murder; unauthorized possession of a firearm, pointing a firearm, possession of a weapon, use of a firearm during commission of an indictable offence, discharging a firearm with intent to wound and endanger a life, conspiracy to commit murder, and occupying a motor vehicle with a firearm.

Five nationals of Suriname are on the list. They are Kai Huang Guo, 52, a citizen of both China and Suriname; Patrícia Terezinha Miguel Bom, 45, a citizen of both Suriname and Brazil; Kalil Miguel Saouma, 53; Lloyd Uno Wladimir Ernst, 64 and Ricardo Rinaldo Koeloe, 39.

Koeloe is wanted by Suriname authorities for aggravated theft, armed robbery, injury causing death/manslaughter/murder while Ernst is wanted for international narcotics trafficking by Brazilian authorities. Also wanted in Brazil are Miguel Bom and Miguel Saouma for international narco-trafficking while Guo is wanted in Suriname for human trafficking, kidnapping, abuse, participation in a criminal organization, theft and embezzlement.

The Bahamas has one person on Interpol as does St. Kitts and Nevis and St. Lucia. Nicole Russell, a 30-year-old Bahamian woman is wanted in the US for aggravated assault, aggravated battery and possession of a knife during commission of a felony.

BAHAMAS WANTED IN THE US

Alexander Rodionov, 68, who is listed as a national of both Russia and St. Kitts and Nevis, is wanted for bribery by Canada.

Tyson Joseph, 29, a national of St. Lucia, is wanted in Canada for robbery while armed with a firearm, disguise with intent to attempt murder, forcible confinement and aggravated assault.

A Red Notice is a request to law enforcement worldwide to locate and provisionally arrest a person pending extradition, surrender, or similar legal action. Red Notices are published by INTERPOL at the request of a member country.