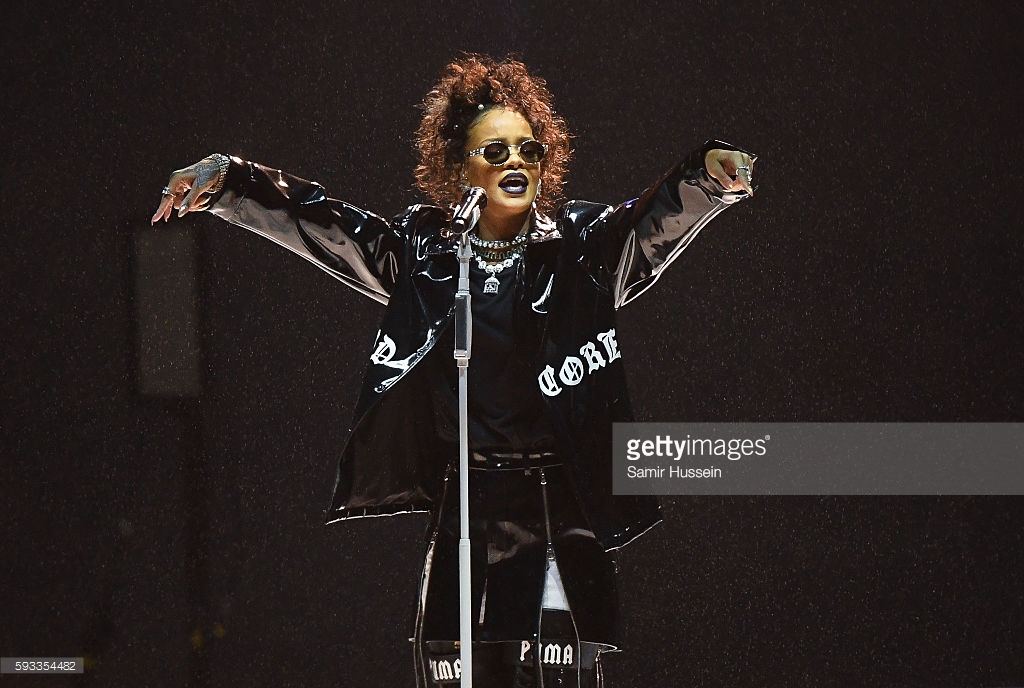 News Americas, NEW YORK, NY, Fri. Aug. 26, 2016: Barbados-born star Rihanna is set to have something else in common with the late King of Pop Michael Jackson soon.

Like Jackson, Rihanna is set to be presented with The Video Vanguard Award this Sunday, August 28th in NYC.

Riri will receive the award, also known as the Lifetime Achievement Award that is given to musicians who have made a profound effect on the MTV culture, honoring an artist’s body of work, at the Video Music Awards at New York City’s Madison Square Garden this weekend.

The award was founded in 1984 and past winners have included Jackson as well as Madonna, Beyonce, Justin Bieber and Kanye West.

The pop singer has in the past tied with Jackson for the most songs to ever reach that region.

Meanwhile, the singer, turned actress and entrepreneur is also nominated for four Moonmen at this year’s VMA ceremony with two nods each for “Work” featuring Drake and Calvin Harris’ “This Is What You Came For.”

Rihanna has been touring Anti and in September, she’ll headline both Philadelphia’s Made in America Festival and New York City’s Global Citizen Festival.

She is also set to be focusing more on acting.  In 2017, she’ll appear in the show ‘Bates Motel’ in a reboot of Janet Leigh’s iconic role Marion Crane as well as Luc Besson’s sci-fi film Valerian and the ‘City of a Thousand Planets.’ She has also been confirmed as part of the all-female cast for ‘Ocean’s 11’ reboot ‘Ocean’s 8.’

RiRI, A$AP pop up at an ‘iconic’ Imagine; Bounty was absent Loop Barbados

RiRI, A$AP pop up at an ‘iconic’ Imagine; Bounty was absent Loop Barbados

RiRI, A$AP pop up at an ‘iconic’ Imagine; Bounty was absent...