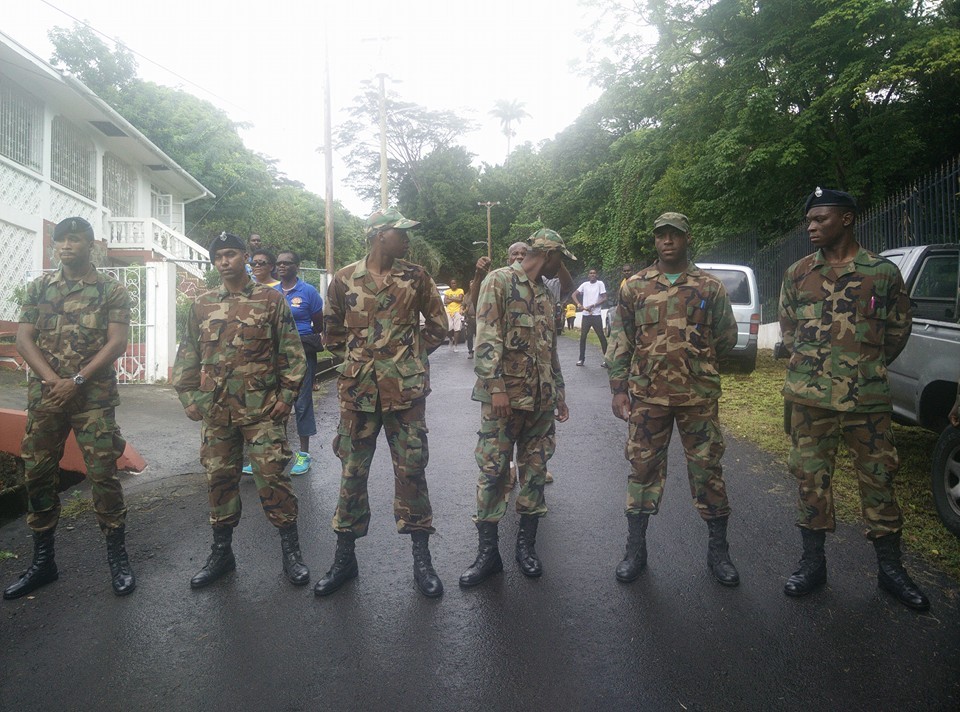 Gonsalves took the oath of office as The New Democratic Party’s protestors took to the streets outside declares Victory in the 2015 General Elections. The protest comes as the NDP claims it won Central Leewards by six votes and is therefore the elected government of the island.

“We do not accept the outcome as is being declared by the ULP nor the swearing in of Ralph Gonsalves as Prime Minister,” the Party said in a statement on Facebook. “The elections were compromised and we have strong evidence of electoral irregularities in a number of constituencies.”

However, the swearing in proceeded and Gonsalves was sworn in as PM  while Mrs Judith Jones-Morgan was sworn in as Attorney-General and Sir Louis Straker as Deputy Prime Minister.

A victory celebration was planned yesterday evening for Argyle International Airport as the ULP said in a statement on Facebook: “The people have spoken. Respect our democracy. Let us peacefully celebrate the will of the people.”

Dr. Gonsalves says the rally was specifically geared towards celebrating the significant milestone achieved by the ULP in yesterday’s General Election.

Their comments come as the CARICOM Elections Observer Mission (CEOM) to St. Vincent and the Grenadines said on Thursday that its assessment of the day’s activities was that the voters were able to cast their ballots without intimidation or harassment. In a preliminary statement released on Thursday afternoon, the Mission added that the results of the elections reflected the will of the people of St. Vincent and the Grenadines.

The ULP won 8 seats in the country’s parliament compared to 7 for the opposition.

Numerous stakeholders in tourism to receive awards this weekend

Housing repairs continue across the country