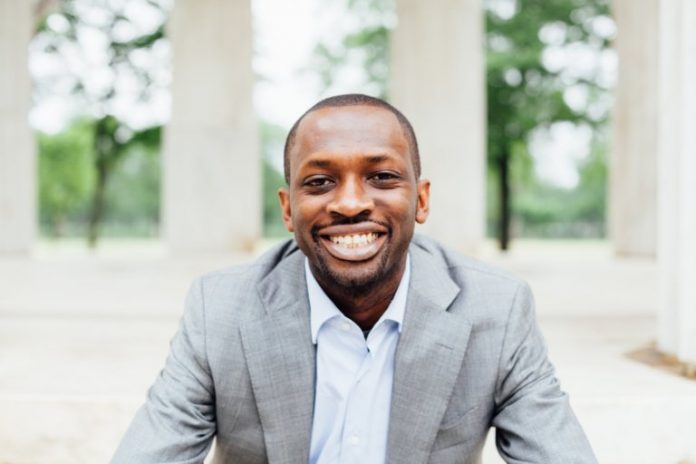 News Americas, NEW YORK, NY. Fri. Oct. 26, 2018: Tyrone Gayle, the Jamaican-American press secretary of Caribbean roots Senator Kamala Harris, passed away Thursday night after a battle with colon cancer. He was just weeks shy of his 31 birthday and only recently been married.

Gayle was born to Jamaican parents Ann Gayle, a nurse at the Mayo Clinic and Dr. Michael Gayle, chief of paediatric critical care at Wolfson Children’s Hospital, in Jacksonville, Florida.

He took to running track in high school and excelled at it, winning a state championship his sophomore year and anchoring his school’s 4-x-800 relay team his junior year. It was a passion that would eventually lead him to Clemson University, which he attended from 2006 through 2010, ran where he ran the 800 and 500 meter races in college and graduated with a degree in Communication Studies.

Gayle got to know Senator Tim Kaine when he was governor of Virginia and served as a special assistant in the governor’s office from August 2011 until November 2012.

Gayle’s resume also includes working as a regional press secretary for the Democratic Congressional Campaign Committee and as associate director for communications at the Senate Democratic Steering and Outreach Committee.

At the age of 28, he became regional press secretary and African-American media director of Hillary Clinton’s Presidential campaigns but also was diagnosed with stage four colon cancer just seven months before the 2016 election.

With treatment and despite his illness, he moved to D.C. in Jan. 2017 and became press secretary for Senator Harris, whose father is Jamaican.

Six months ago, Gayle married Elizabeth Bradstreet Foster, whom he met on the political trail in 2012. She was a staff member on President Obama’s re-election campaign.

Top Democratic leaders including Senator Harris, Hillary Clinton and Senator Kaine took to Twitter to express sadness at his death.

Harris, in a statement Friday, said she was “heartbroken” by the death of Gayle.
“He was an invaluable and beloved member of our team and our family … For Tyrone, nothing was too small to do or too big to take on. He did this work tirelessly, always with a smile or a kind gesture. And he never lost faith in our ability to do good for the people in this country. Tyrone is irreplaceable,” Harris said in a statement.

“The HFA family lost Tyrone Gayle last night. He was one of the fiercest fighters we will ever know. Whatever he did, he did with his whole heart—whether he was running sprints, planning his wedding to the love of his life, rooting for his beloved Clemson Tigers, or working to build an America as kind, compassionate, and big-hearted as Tyrone himself. We are forever grateful to have known him and will always be proud members of #GayleNation,” Hillary Clinton tweeted.

“Today is a sad day for Anne and me. A wonderful young man, Tyrone Gayle, who worked for me when I ran for Senate in 2012, died after a courageous battle with cancer. It was one of the honors of my life to officiate at Tyrone’s wedding to Beth just 6 months ago. And I preached about the unusual repetition in a line in the Lord’s Prayer: ‘give us this day our daily bread.’ Not enough for all time, just enough for today. And Tyrone lived—and shared—a life of many beautiful todays,” tweeted Senator Kaine.
A GoFundMe page is raising money to help cover the costs of Gayle’s outstanding medical bills and memorial arrangements.

Donate here. Any remaining money will go to a charitable fund in his honor.