News Americas, NEW YORK, NY. Fri. Oct. 26, 2018: The count-down is on to the much-anticipated Nov. 6th mid-term election, with early voting beginning in several states across the U.S., including in Florida, where Caribbean nationals make up a large percentage of the state.

But while a lot has been said of moves in various parts of the U.S. to suppress Democratic and minority voter ahead of the upcoming mid-terms, experts are concerned that low voter-turnout among Democratic voting minorities, including black and Latino voters, may be more of a concern than voter suppression.

That concern comes especially as NBC News reports indicate that while the current early or absentee votes cast so far – 8,156,995 – exceeds the 2016 total by over 200,000, most of those voters are Republicans. 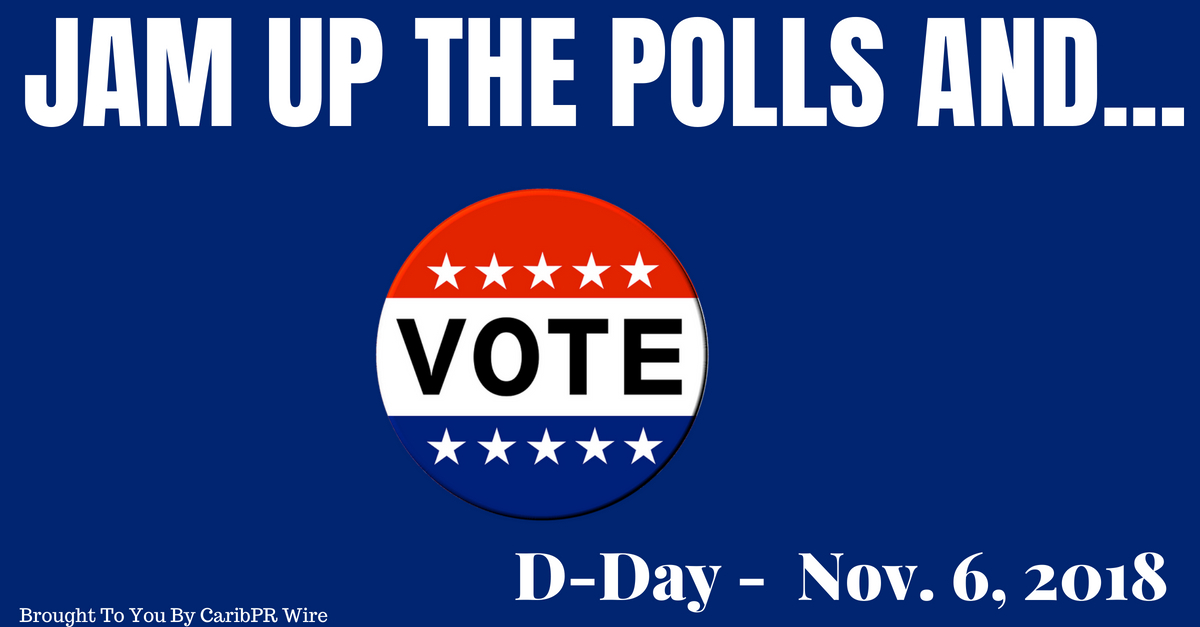 With so much at stake in this election amid anti-immigrant, anti-Muslim, anti-gay policies and a rise in racism nationwide, many are trying their best to get the immigrant voting bloc out.

According to the U.S. Census, 58 percent of the estimated 4 million Caribbean immigrants residing in the United States are naturalized citizens, compared to 47 percent of all foreign-born individuals.

That puts the estimated number of Caribbean immigrants with the right to vote in the U.S. at around 2.3 million.

Further, according to the latest available data from the Department of Homeland Security, (DHS), tabulated by News Americas for the last five quarters, between Fiscal Year 2017 and the first Quarter of Fiscal Year 2018, 113,340 Caribbean nationals became U.S. citizens.

For Fiscal Year 2017 alone, the total was a whopping 95,819 and so far for the first quarter of 2018, 17,521 Caribbean immigrants qualified to take the oath of allegiance and become U.S. citizens, according to News Americas analysis, a slight increase from the same period last year when the total was 17,122.

The only question now is – will they use the power that so many have died for and vote this Nov. 6th or will they leave their vote on the table?

The most crucial issues this election are:

7: Preserving our right to vote;

8: Rolling back the anti-climate change policies and saving our environment.

CaribPR Wire, the PR newswire of the Caribbean and partner of the PR Newswire, reiterates the message: “Vote or Your Lime Will Truly Be History.”

2.3 million blue votes will go a long way to taking back our democracy this Nov. 6th. #BeAVoter and vote like your life depends on it, because it really does.