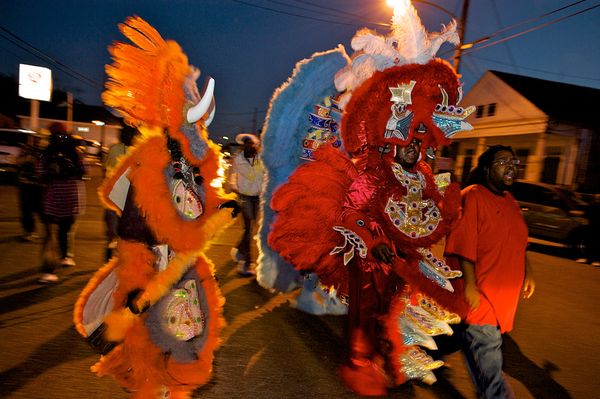 The Senate of the Legislature of Louisiana declared June NCAHM in the state with a proclamation introduced by State Senator Karen Carter Peterson while the Mayor of the City of New Orleans celebrated National Caribbean-American Heritage Month by recognizing the Caribbean Carnival/Friends of Culture with a Certificate on June 4, 2016.

The state resolution lauded Caribbean-Americans across the state and the nation for ensuring “that the United State remains a magnet for the best and brightest from around the world by lifting up those hard working individuals throughout the Caribbean and partnering with governments to build the foundation for the next century of progress and prosperity.”

It also noted that “Caribbean-Americans have shaped the course of the United States since the earliest chapters of its history.”

The Caribbean link to Louisiana dates back to 1791 when the Haitian Revolution erupted and sent a wave of migration from the Caribbean region. Between the 1790s and 1809, a large numbers of Haitians of blacks migrated to Louisiana, according to Damani Davis in “Ancestors From The West Indies.

“These Haitian émigrés influenced some of the unique character associated with New Orleans and southern Louisiana – including that region’s music, religious practices, cuisine, and other customs,” Davis added.

Louisiana and her Caribbean parent colony developed intimate links during the eighteenth century, centered on maritime trade, the exchange of capital and information, and the migration of colonists.

From such beginnings, Haitians exerted a profound influence on Louisiana’s politics, people, religion, and culture.

High Stakes In The Venezuela-Guyana Dispute: Part II In A Series On Guyana’s Geopolitics