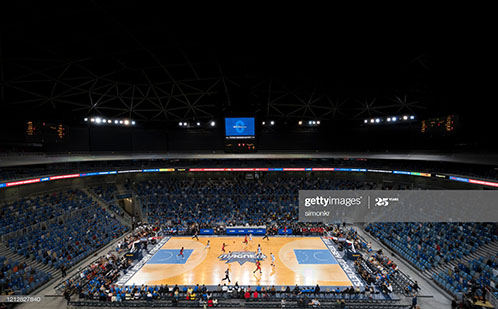 News Americas, NEW YORK, NY, Mon. June 1, 2020: A restructuring of the pathway to elite professional basketball is underway as the NBA looks to use the G League as a development arena for the top NBA prospects. The move has been designed to prevent players from heading overseas after high school before they are eligible for the NBA draft. The idea is to improve the development of players at home and in Latin America.

As part of the revamp, Mexican franchise Capitanes have been added to the G League lineup, meaning a total 0f 29 teams will compete in the 2020/21 season. The Capitanes is the first non-American or Canadian team ever to play in the NBA G League. The franchise will play its home games at the Gimnasio Juan de la Barrera in Mexico City.

The move is evidence of the NBA’s continuing commitment to developing basketball in Mexico and Latin America and could pave the way for further expansion teams from outside the USA, and more NBA global games in the central and southern parts of the continent. It will also bring many future NBA stars to Mexico City for games and improve working and playing conditions for all the teams in the G League.

Over the last few years, the number of regulation NBA games held in Mexico has increased with 10 staged between 2014 and 2019. Other global games have been held in London and Japan and the current season saw the first regular-season game take place in Paris where joint-championship favorites in the NBA betting, Milwaukee Bucks, beat Charlotte Hornets 116-103. This is in addition to the many friendly or pre-season games that have been staged in countries all over the world including Brazil, India and China.

All of this raises the question of whether the NBA major league will ever feature a team from outside of the USA or Canada, which produced 2019 champions the Toronto Raptors. If it is going to happen, the obvious choice would be Mexico and NBA officials have expressed a desire to continue expanding the game to address the growing demand and globalization of the sport. Both Mexico City and Monterrey have the facilities, finances and population to support an NBA team and the inclusion of either would represent a historic and exciting development for the sport.

All eyes will be on the Capitanes to see how they progress in the G League over the next five years. They will act as a regional hub for Latin American talent but will also be expected to force the case for a Mexican NBA franchise. If there is a notable improvement in the talent pool in Mexico as a result of their inclusion in the G League, then there would be a strong case to be made and Mexican basketball could become a force to be reckoned with.