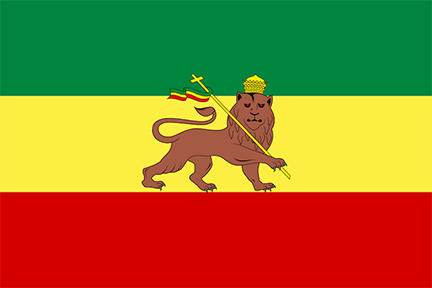 News Americas, NEW YORK, NY, Mon. June 1, 2020: There has always been a particular element of peace and relaxation when we think about the Rastafari. While many of them oppose the “Babylon” and “polytricks,” the Rastafarian way of life has appealed to many since the world has become aware of their existence. Their long dreadlocks, reggae music, and spiritual use of Marijuana have sparked either praise or controversy.

While the movement has been one that’s been misunderstood, with many adopting it as an excuse to indulge in “extracurricular,” there’s a lot of beauty which has come along with their way of life. We’ll be discussing the culture and how it’s made its way to the iGaming industry while discussing its influence on a variety of categories.

There are few cultures that are as misunderstood as the Rastafari, with many individuals jumping to conclusions about their way of life. For starters, the use of marijuana is to heighten spiritual awareness, which is an integral part of life, this goes in conjunction with the strict vegan diet, which means that anything which comes from an animal is forbidden to be consumed or used.

Dreadlocks may seem cool to many, but there’s a good reason why they’ve grown. The belief is based on the Old Testament found within the Christian Holy Bible, which states that the strength of a human being lies within their hair. While this may not be true, there’s no denying that dreadlocks look really cool.

Probably the most common misconception relative to Rastafari culture is the fact that their flag is based on the colors green, red and yellow. It’s actually green, red, and gold, as gold symbolizes the wealth of Ethiopia, black symbolizes the color of the Africans which started the movement, red symbolizes the blood of those who had lost their lives for the cause of the black community, and green symbolizes the vegetation of Jamaica and the hope for the annihilation of control.

The Influence on Media and People

There’s a lot more to Rastafari culture than Reggae music, while it’s the most popular way of making any association with the culture, there’s so much more. Hollywood has a bad habit of using characters with dreadlocks as a means of instilling fear in viewers, from the albino twins of The Matrix: Reloaded to Predator, this stereotype has led many to leave theaters with a negative view of Rastafarians.

While there are many more examples which hold the culture in a negative light, the fact that reggae music and the patois language are always associated with easy-going individuals speaks volumes. When it comes to fashion, colorful t-shirts and large hats which hold dreadlocks are commonly used, whereas western women often wrap their hair which had been braided to mimic the “Sistah” look.

While many superficial elements may be mimicked such as dreadlocks, beards, and attire, the true Rastafari belief system and practices are extremely difficult to fake and require an extreme amount of discipline and dedication.

When it comes to taboo practices, gambling is one that’s up there; this applies to horse racing, sports betting, and casinos. However, as long as it doesn’t bother anyone, there’s a cool online casino which goes by the name of Bob Casino. This recommended online casino platform features a beautiful interface with a peace theme going on, even the mascot is a hippy-looking guy named Bob, with no dreadlocks, which was a good call due to cultural appropriation.

The games featured are like most other top-tier online brands; however, the overall theme is what makes it special, as there are no “Rastafari” themed casinos around. There are also three reggae themed slots available.

Sky Millions doesn’t look like it, but it does take players to the Caribbean Islands, which is why we’d classify it as such. Bob’s Coffee Shop features Bob, from Bob Casino, which we’ll visit at his coffee shop in Amsterdam, we’re pretty sure you’re getting the theme here. The game features players which start, enter through a cloud of smoke. The slot features a 5 x 3 layout with 10 paylines. The final slot is Jamaican A Fortune, which is a fun slot for those looking to capture the essence of the real Jamaican nightlife.