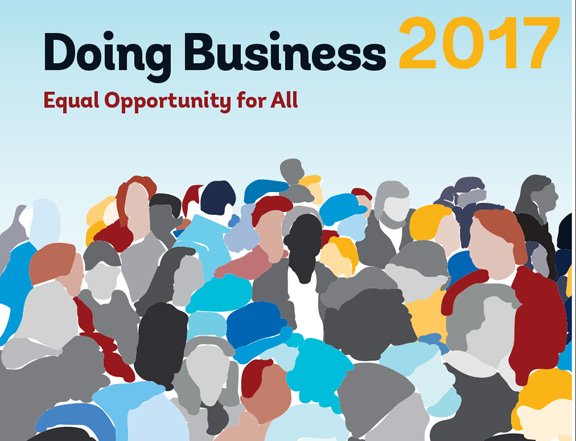 News Americas, WASHINGTON, D.C., Fri. Oct. 28, 2016: The World Bank Group’s latest ‘Doing Business’ rankings report is out and there are 11 Latin America and Caribbean nations making the 2017 list as the best places to do business in the Americas region. The Top 11 in the Americas NAN found are:

The Central American giant is now ranked at 47 on the global list to rank at number one for the Americas. The move up the ranks with a score of 72 plus points was due to reforms made by the government in the last year.

Colombia was second on the Americas list but came in at 53 globally after reforms made in the past year. It earned almost 71 points on the Ease of Doing Business score card.

Peru was ranked at 54 globally, just behind Colombia, to take the third spot on the Americas’ top 11 list with a score of just over 70.

Scoring just over 69 points, Puerto Rico grabbed the fourth spot on our top 11 list while ranking at 55 on the global doing business rank.

Coming in at 5th on our list is Costa Rica with a score of over 68 points to land it at 62 on the global list.

At sixth and just one of three Caribbean nations to make our top 11 cut, is Jamaica. The Caribbean island that gave the world Bob Marley, reggae and Usain Bolt scored 67.5 on the ease of doing ranks to land it at 67th globally.

With over 66 points on the ease of doing business score card, Panama comes in at 7th on our top 10 list for the Americas but ranked 70th globally.

The second Caribbean nation to break into our top 11 rankings is St. Lucia. The Eastern Caribbean island scored just over 63 points to grab the 86th spot on the global Ease Of Doing Business rankings.

With almost 63 points on the global Ease Of Doing Business scorecard and ranking at 88th globally, Guatemala takes the ninth spot on our Americas list as one of the better places in this region to easily do business.

At 10th on our list is El Salvador, which scored just over 61 on the Ease Of Doing Business scorecard to land it at 95 globally.

Rounding out the top 11 list of best places to do business in Latin America and the Caribbean is the twin-island Republic of Trinidad and Tobago. It scored almost 61 points on the global Ease Of Doing Business scorecard to come in at 96th globally, the only other country in this region to make the global 100 list of best countries on earth to do business.

The World Bank Group in its global country rankings of business efficiency, ‘Doing Business 2017: Equal Opportunity for All,’ ranks best places to do business based on regulation that affects  small  and  medium-size  enterprises,  operating  in  the  largest  business  city  of  an  economy,  across  11  areas including starting a business, dealing with  construction  permits,  getting  electricity, registering property, getting credit, protecting    minority    investors,    paying    taxes,  trading  across  borders,  enforcing  contracts  and  resolving  insolvency.

A record 137 economies around the world have adopted key reforms that make it easier to start and operate small and medium-sized businesses, the World Bank Group’s annual report says.

Overall, the report says business reform activity accelerated in Latin America and the Caribbean with over two-thirds of the region’s economies implementing a total of 32 reforms in the past year, compared with 24 reforms the previous year.

The bulk of the reforms were aimed at improving tax payment systems, facilitating cross-border trade and starting a new business, with Brazil implementing the most reforms in the past year.

“Simple rules that are easy to follow are a sign that a government treats its citizens with respect. They yield direct economic benefits – more entrepreneurship; more market opportunities for women; more adherence to the rule of law,” said Paul Romer, World Bank Chief Economist and Senior Vice President. “But we should also remember that being treated with respect is something that people value for its own sake and that a government that fails to treat its citizens this way will lose its ability to lead.”

All too easy for India in the decider – ESPNcricinfo.com