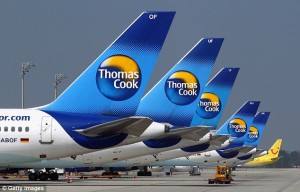 News Americas, LONDON, England, Fri. June 19, 2015: We all have a duty of care. A vacation is about happiness and fulfilling dreams.

For this reason, tour operators, hotels, destinations, airlines and service providers cultivate a positive image, a high reputation and encourage a feeling that they care.

It means that when something goes wrong it requires sensitive handling and an understanding that holidays are about more than a normal consumer transaction. For this reason, the behavior of the tour operator, Thomas Cook, over the deaths some years ago of two children on a holiday that they sold, is hard to justify. It has rightly been condemned, and ought to be an object lesson to all who work in the industry.

In outline, two children aged 6 and 7 were found dead in a bungalow in the grounds of a hotel in the Greek island of Corfu in 2006 and their two accompanying adults in a coma. The children had been on a Thomas Cook holiday with their father and his partner, now wife, when they all breathed in carbon monoxide fumes from an unrepaired faulty boiler.

Then in 2010, a Greek court found the deaths of the two children were the result of unlawful action by hotel employees, two Thomas Cook representatives were exonerated, and the company reportedly received £3.5m (US$ 5.35m) in compensation for loss of profits and other expenses. The family, however, received around one tenth of that sum. Subsequently, and much later, after a formal inquest in the United Kingdom in May 2015, a jury returned a verdict of unlawful killing in the case and concluded Thomas Cook had “breached its duty of care.”

By then, notwithstanding, the pervasive sense of a big company thinking only about its commercial interests had taken root, and the media had began to focus on the company’s failure to apologize, its legally advised decision not to answer questions in the coroners court, and the inequity in the compensation awarded to the family by the hotel, after what for them had been an expensive legal battle. Commenting at the time in letter to the tour operator, the children’s mother said: “It seems our children’s lives are worth only a fraction of Thomas Cook’s reputation.”

Instead of the story then fading away with all concerned trying their best to have a dialogue about ways to mitigate the tragic loss and reputational damage, the story grew bigger daily as the company failed on just about every count to respond in a humane manner, let alone suggesting a business that wants to bring joy to its customers.

Instead, Thomas Cook unilaterally announced it would give one third of the compensation it had received to a charity not remotely linked to the children or their vacation, and without consulting the family about its wishes; released, after strident media and political criticism, a video of its present chief executive apologizing from behind a lectern, but declined to allow any broadcast interviews; and told the media it had sent a letter of apology that the family had not seen at the time.

To make matters worse, the individual who until last November was the company’s chief executive said that she would donate around £3m to charity following a backlash for a massive bonus she had received from the company. As a consequence the family concerned is at the time of writing in despair and Thomas Cook continued to receive highly critical media coverage with damning leading articles in newspapers that range from the Financial Times to Britain’s tabloid press.

Put mildly, it is hard to get one’s head around what Thomas Cook, its executives and advisers were thinking, or if the company’s present and former chief executives really understood the human issues involved. All seem to have collectively lost track of reality, and become caught in a labyrinthine world of placing shareholder value and corporate interest above people. The fact that the company seems to have taken the public relations advice it was receiving and followed the opinions of its corporate lawyers, suggested that it failed to understand the nature of what it was selling, and seemingly lacked human decency and morality.

It is a story about which every one of its board members should feel deeply ashamed, but thankfully has now led to a long overdue meeting with the parents of the two children.

Thomas Cook, a company that sells holidays and cruises to many destinations including the Caribbean, like every company in the tourism sector, ought to be seen as one that cares about people and puts its customers first.

This extraordinary case should be a lesson for everyone in the business in the Caribbean and elsewhere.

David Jessop is a consultant to the Caribbean Council and can be contacted at[email protected] Previous columns can be found at www. caribbean-council.org