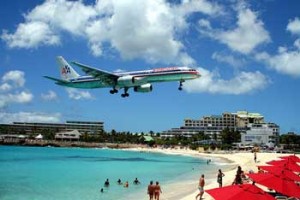 News Americas, LONDON, UK, Fri. Feb. 10, 2017: As odd as it may seem, in the past, tourism has not often been discussed in depth at the highest political levels of CARICOM; leaving the strong impression that the industry’s economic centrality was either unwelcome or not understood.

However, last month, when CARICOM Heads of Government met in Guyana, they made clear in their communiqué for the first time that ‘Tourism is a vital sector to the economies of Member States.’

Taken at face value the statement is unremarkable, even obvious; but the language chosen, its inclusion, and the accompanying recommendations made in relation to the challenges the industry now faces, suggest that tourism’s significance has at last been formally recognized.

At the February 16-17 meeting, detailed proposals aimed at advancing a regional tourism agenda in a strategic way were presented by the Caribbean Tourism Organisation’s (CTO) Secretary General, Hugh Riley. His comments were based on a thirteen-page paper jointly developed by CTO and the Caribbean Hotel and Tourism Association (CHTA) and supported by several heads of government and tourism ministers.

At their summit, the region’s leadership embraced the multi-faceted nature of the industry.

In an important new departure, they also agreed that public-private sector partnerships, guiding the development and marketing of tourism for the Caribbean, were needed, and such an approach was likely to prove more effective than present programmes.

To achieve this, they agreed to support the establishment of an Interim Tourism Working Group that will include the CARICOM Secretariat, CTO and the CHTA, and have as its mandate the co-ordination of all stakeholder groups to develop solutions to the challenges the industry faces.

They also called for the preparation of a pilot, region-wide public relations and marketing initiative for consideration when they next meet in Grenada in July; for air transport issues to be addressed as a matter of urgency, and for regional tourism marketing to include the eco-tourism product of Belize, Guyana and Suriname.

A few days later, CTO revealed the industry’s results for 2016, which indicated the nature of the challenge the industry in the region faces.

Although the headline figures were positive, with stop-over arrivals increasing by 4.2% to 29.3m and cruise passenger arrivals up by around 1.3% to approximately 26.3m, it is clear from the detail that the industry and Caribbean Heads of government were right to be concerned about the underlying trends.

In further statements, CTO made clear that growth has been uneven. While Cuba, Turks and Caicos, Guyana and Belize did well, others in the Anglophone and Dutch-speaking Caribbean saw an average 20% decline in their arrival figures. Added to this, the regional tourism body said that traditional markets such as Canada had weakened significantly; occupancy rates in hotels were in decline; there

was increasing pressure from disrupters such as Airbnb to take hoteliers’ market share; and inter-regional travel remained difficult and costly.

CTO also observed that hotels, which are among the region’s most significant direct and indirect employers, saw a decline in their income in 2016 with revenue per available room contracting by 2.6%; occupancy falling by 1.6% to 66.7%; and the average daily rate (ADR) falling by just under US$1 to US$201.50.

These are worrying developments especially if, as is now happening, increasing numbers of visitors decide not to stay in hotels at a time when the region’s overall stock of hotel rooms is growing; the cruise industry’s use of ever larger ships enables them to out-compete land-based tourism because of the fixed costs and taxation hoteliers experience; and the overall regional arrival figures hide the fact that much of the recent positive growth is attributable to the surge in US arrivals to Cuba.

CARICOM Heads of Government next meet in July in Grenada. Their welcome understanding of the need to give greater priority to the industry now needs to be rapidly translated into implementable region-wide marketing, training, and other much needed programmes if the value the industry brings to the region is to be sustained.

David Jessop is a consultant to the Caribbean Council and can be contacted at [email protected]. Previous columns can be found at www.caribbean-council.org