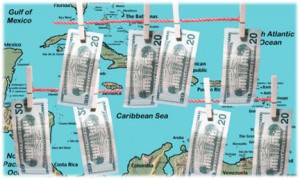 News Americas, WASHINGTON, D.C., Fri. Mar. 10, 2017: A recent headline in The Gleaner Jamaica newspaper (26 Feb. 2017), “6-Month Deadline! – Holness Gives Cabinet Members Time to Prove Their Worth” gave me pause and reason to celebrate.  At least so I thought.  Why was I celebrating? I totally misinterpreted the meaning of the word “Worth.” My initial interpretation was that the Prime Minister Andrew Holness-led government was beginning a process to make it difficult for Cabinet Ministers, and hopefully the entire corps of public officials at all levels, to hide their wealth.  Transparency in the economic and financial assets of public officials is the first step in reducing corruption, real or perceived, which tends to plague Jamaican and other Caribbean societies. I whispered under my breath, “Great move Prime Minister Holness!”

My joy was short-lived.  As I read the article I felt betrayed.  The Prime Minister was not talking about economic and financial assets.  His reference to “Worth” meant job performance.  While that is a good thing, it pales in comparison to any effort he may undertake to reduce corruption in Jamaica; in particular among public officials, starting at the top.

There are good reasons for the government, the private sector, and civil society leaders to push for elimination of corruption in Jamaican society. Real or perceived, corruption is a huge problem.  Corruption is a major driver of crime, including transnational crime – drug trafficking, money laundering, illicit arms trade, human trafficking, proliferation of criminal gangs, and the high murder rate. No level of policing will fix or eliminate these problems. Corruption facilitates the money in crime and money is, by far, the primary incentive.  Protection of criminals by entire neighborhoods, some members of the police force, some politicians who have traditionally benefited from garrison communities controlled by criminal dons, and the extortion racquets unreported by the private sector are all linked to corruption and the money flow.

Corruption is a global phenomenon but that does not absolve any country, any government of responsibility to eliminate corruption. It was shocking that Jamaica, after making progress in 2015, descended on the international Corruption Perception Index 2016 (CPI), published 25 January 2017 by Amnesty International. According to the Index, Jamaica ranked 83 out of 176 countries with a score of 39. This score puts Jamaica below the low international average score of 43. In 2015, Jamaica ranked 69 with a score of 41; Jamaica dropped 14 places in the CPI ranking.  By comparison New Zealand ranked #1 in the world with an impressive score of 90.

There are any number of Jamaican’s who argue about possible bias in the ranking by Amnesty International in order to excuse not only the low score/rank but also the deterioration evident in the comparison between 2015 and 2016.  No level of argument can detract from the fact that corruption in Jamaica and elsewhere in the Caribbean is a problem that must be fixed.

To its credit, the Holness-led Jamaican government reacted to the CPI by quickly passing in Parliament an integrity bill for public servants on 31 January 2017.  According to the reports, this piece of legislation has been languishing for some seven years.  We must ask why should passing legislation on an issue as important as corruption take such a long time for any Jamaican government (past or present) to act.  There is no good answer.  Yet we keep hearing how dedicated government is to curbing crime. The perception is Jamaican governments take action only when international spotlight is focused on the country.  Economic losses from such international exposures tend to trigger action.  It appears the safety and the security of the Jamaican people is not good enough reasons for taking action against crime.

Jamaicans are directly and indirectly impacted by corruption. According to José Ugaz, Chair of Transparency International, there is “connection between corruption and inequality.” Accordingly, they “feed off of each other to create a vicious circle between corruption, unequal distribution of power in society, and unequal distribution of wealth.”  Also, in many countries, “people are deprived of their most basic needs and go to bed hungry every night because of corruption, while the powerful and corrupt enjoy lavish lifestyles with impunity.” Whether we accept this categorization carte blanche, or not, there is some truth in this statement.

I recognize there may be some difficulties for countries like Jamaica and other Caribbean countries with limited resources in taking corrective measures expeditiously. However, there is no excuse for lack of political will to take action.  External partners often provide assistance to build capacity against corruption. The United States and other international partners in the past have offered anti-corruption capacity-building assistance.

According to the latest State Department Fact Sheet on “U.S. Relations with Jamaica” (February 28, 2017), the U.S. “provides key assistance to Jamaica to help counter violent crime and transnational criminal activity.  The partnership focuses on reducing corruption; increasing transparency and good governance; fostering Jamaican participation in regional security efforts,” etc. These programs are worth preserving and every effort must be made to demonstrate to President Donald Trump’s administration that there are real mutual benefits to these programs.  A number of these programs are likely to be scaled back, or eliminated with the proposed cuts to the State Department’s budget.  Caribbean governments must be at the table early to protect these and other programs which benefit the region and which are in the best interest of the United States to maintain and expand.

In the meantime, I am looking for the new headline in the Jamaican papers heralding a new directive from Prime Minister Andrew Holness which sets a deadline for all Ministers and high government officials and public servants to prove their “Worth”.  Only this time, “Worth” should mean economic and financial worth. Failure to comply should result in immediate dismissal.

Editor’s Note: Ambassador Curtis A. Ward, B.A., J.D., LL.M., is an attorney and international consultant, and Adjunct Professor in the Homeland Security Graduate Program at the University of the District of Columbia. As former Ambassador of Jamaica to the United Nations he served two years on the U.N. Security Council. He was Expert Adviser to the UN Counter-Terrorism Committee for three years. He specializes in terrorism/counterterrorism legal and policy frameworks; anti-money laundering and countering financing of terrorism (AML/CFT); sanctions implementation; crime and security; human rights, rule of law and governance. More on his blog, The Ward Post, can be accessed here.

Osaka loses in 1st round of French Open, may skip Wimbledon | Loop Jamaica