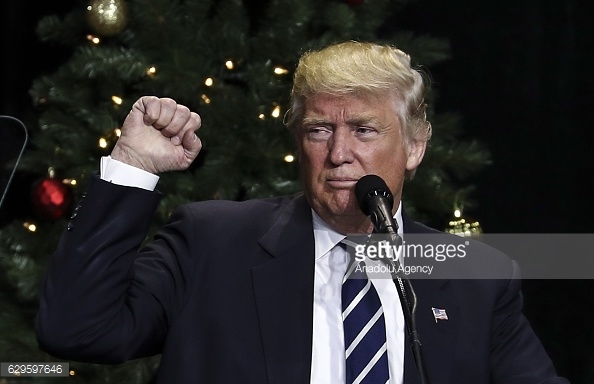 News Americas, NEW YORK, NY, Fri. Dec. 16, 2016: The word ‘con’ in the dictionary is defined as “persuade (ing) (someone) to do or believe something, typically by use of a deception” or “an instance of deceiving or tricking someone.”

Given all that has occurred in this past election, including reports of Russian involvement and Donald Trump’s many statements and actions so far, it is safe to say we were all conned.

But those in the alt-right camp may have been the ones who will be the biggest losers yet.

So let’s examine Trump’s action on his signature campaign issue to date – immigration. The issue that saw the racists come out in numbers to support him because of his “deport them all” campaign rhetoric, his Muslim and Mexican bashing and his “big beautiful wall” plan.

Now, much to his alt-right supporters’ annoyance, Trump has said on CBS’ 60 Minutes that he will now focus on the 3 or 4 million criminal immigrants only and deporting them. No longer did he tout ‘the deport them all’ policy.

His build a wall plan is now no longer in his 100 days agenda. Instead, the rhetoric has been watered down to build a fence. And he also has had an apparent change of heart on DREAMERS – so much so that his hard line base of supporters’ like Rep. Steve King are having a full on hissy fit.

During a recent Time magazine interview, Trump, who was named the publication’s Person Of The Year, expressed sympathy for the many young immigrants President Obama has helped under his Presidency.

According to the Time Magazine, he said: “We’re going to work something out that’s going to make people happy and proud. They got brought here at a very young age, they’ve worked here, they’ve gone to school here. Some were good students. Some have wonderful jobs. And they’re in never-never land because they don’t know what’s going to happen.”

Then there is Trump’s cabinet selection. Trump’s labor secretary choice, Andy Puzder, the chief executive of CKE Restaurant Holdings, has been an ardent immigration reform supporter despite his apparent recent change of heart on the issue.  Another con!

And Trump’s Department of Homeland Security Secretary, Retired Marine Corps Gen. John Kelly, is also a choice that has already disappointed some immigration hawks, who had hoped for the more insane choice of former Kansas Secretary of State Kris Kobach.

But some Trump advisers have denied that Trump intends to set any new policy on immigration despite what he told Time magazine.

In other words – the con game continues in the soap opera of El Trumpeto and we are ALL about to get played! God help us all come January!

The writer is CMO at Hard Beat Communications, Inc.

Over 5,000 Immigrant Detainees Confirmed With COVID-19