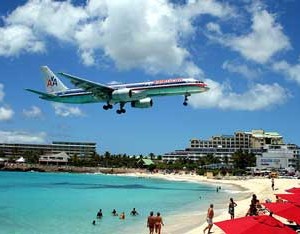 News Americas, LONDON, England, Weds. Feb. 11, 2015: Despite the price of oil falling from a high of US$107 per barrel in the middle of 2014 to just over US$50 in late January 2015, this dramatic decline has so far failed to make any difference to the cost of air travel on the carriers that operate from North America and Europe, the Caribbean’s major tourism feeder markets.

In contrast, a growing number of airlines flying in the Asia-Pacific region have begun to gradually reduce or remove their fuel surcharges.

Either for commercial reasons or under pressure from regulators, Virgin Australia, AirAsia, Quantas, Japan Airlines and Air China have in recent weeks begun to act; albeit in some cases with little benefit to the traveler as in parallel they have sought to increase their base fares to maintain profit margins.

It is an example that most of their US or European counterparts have failed to follow. Irrespective of the urging of the media, public opinion and an increasing number of politicians on both sides of the Atlantic, airlines like British Airways, United and other major transatlantic carriers have decided not to pass on savings they are making to consumers.

Paradoxically, the fuel surcharge was first introduced in the early 2000s in a very public way to try to demonstrate to consumers that it was not their fault that ticket prices were rising. However, now that the price of oil has fallen dramatically they are arguing, as Delta has done, that they need the additional revenue to reduce their indebtedness and give higher dividends to stockholders.

Although the International Air Transport Association (IATA), a UN agency, has forecast at the end of October that such charges should begin falling as the drop in the price of oil works its way through the aviation fuel system, this now seems far from certain.

Prices for aviation fuel lag behind the price of oil by about a month, but airlines hedge their fuel costs by buying many months forwards, making rapid change less likely. Although higher priced hedges are now much less relevant as airlines are buying forward at significantly lower prices, other factors are coming into play.

This is because over the years, fuel costs, the biggest variable element in all airlines operating costs and a critical element in every carrier’s profitability, have come to involve marketing and many other commercial considerations.

This has resulted in big variations in how the levy is considered by different airlines, with the surcharge varying by class of travel, currency fluctuations, and the level of competition on specific routes. It also involves complex calculations relating to the charging structure across all of the routes any airline will fly, the pricing differentials in relation to refining charges where fuel is taken onboard, and the average mix of the different fares on each flight. As a consequence, it is a topic few airlines wish to discuss in any detail as it goes to their heart of their commercial strategy.

Moreover, the fall in aviation fuel prices is occurring just as demand for travel in North America and to a lesser extent from Europe is starting to recover. The consequence has been that North American and European aviation has gone from being an industry struggling to make profits to one that is now performing well as the international stock markets have recognized.

According to IATA in 2014, airlines globally saw the amount they paid for fuel fall by US$99 billion, with jet fuel now around 47 per cent cheaper than it was a year ago. Notwithstanding, other reports in the US media suggest that a US$858 round trip coach fare between London and New York remains unchanged; consisting of a US$403 base airfare plus US$458 of carrier imposed charges; predominantly the fuel surcharge.

For the long-suffering Caribbean tourism sector this is one piece of news it could do without. Although Caribbean Airlines (CAL) and LIAT have announced changes to their fuel surcharges on regional basis, and in the case of CAL also on its North American routes, it is the US and European carriers that bring the greatest number of visitors to the region.

Put another way, while the decline in oil prices may be good news for the airline industry and its profitability; for travelers to and from the Caribbean, the only short term hope is if low cost airlines see competitive advantage in passing some of their savings on across a season, causing the legacy carriers to feel they have no option but to respond for commercial reasons.

Unfortunately it remains the case that fuel surcharges together with high levels of government taxation related to aviation continue to place the best run hotels at a competitive disadvantage with other warm water destinations, making it harder for the region’s tourism economy to grow rapidly or for inter-regional tourism to thrive.

That said, the long list of government imposed taxes is also pushing prices higher than in competing destinations. They include taxes on security, departures, airport redevelopment, in some cases arrivals, all of which are added to the price of every ticket. Moreover industry studies show that that aviation fuel costs in the Caribbean are on average 14 per cent more than in the rest of the world and that some parts of the region additionally impose import taxes on aviation fuel.

Speaking last October about the economic effect of this at the Caribbean Tourism Organisation’s State of the Industry Conference held in the USVI, Peter Cerda, IATA’s Regional Vice President for the Americas, told industry officials that aviation taxes continued to increase the cost of travelling to the Caribbean and made the region less competitive. “Taking the islands as a whole,” he said, “each dollar of ticket tax could lead to over 40,000 fewer foreign passengers,” he said, resulting in 40,000 fewer passengers, US$20 million less in tourist spending and 1,200 fewer jobs. “Caribbean countries must therefore consider the aviation industry as a key element for tourism development,” he suggested.

Hard pressed travelers to the Caribbean and the industry in the region should not expect any rapid decline in the fuel surcharges, which to date for airlines appear to have become a one way bet in their favor affecting the viability of Caribbean tourism. Nor, it appears, should government expect any sudden decline in requests for marketing and others forms of support from airlines to introduce or maintain services to Caribbean destinations.

Crab Meat Is Being Investigated After Infection Sickens a Dozen People

A gay artist will get his images on stamps in Finland

Bonaire: number of dental visits down