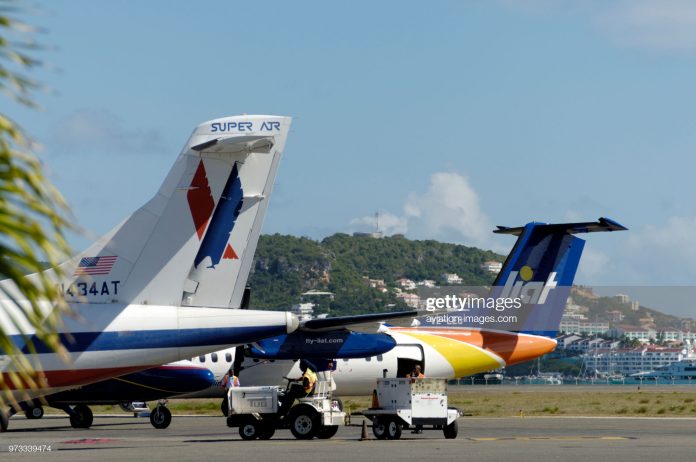 “We just have to close our eyes for a few seconds and appreciate the impact on the way of life of ordinary citizens and businesses in this region if LIAT were to cease its operations … There are economic consequences. I think the regional private sector needs to join forces with the governments and all of us in the region,” he told journalists.

In a similar vein, his Antiguan counterpart, Gaston Browne, who is now the OECS chair, said that LIAT remained vital to “keeping our people connected”, and that the airline was a critical component in regional integration.

Majority owned by the governments of Barbados, Antigua, St Vincent, and Dominica, LIAT remains on the edge financially, struggling to reconcile its essential role in sub-regional integration with how it should be financed and operated.

This is partly because, despite multiple restructurings, no one so far has been able to find a way to make viable a sub-regional carrier that serves the needs of all OECS citizens and visitors in a manner that is functional, politically equitable and socially relevant at the same time.

The present situation is expected to come to a head when representatives of the Barbados and Antigua governments meet soon to negotiate the terms on which Barbados will sell most of its shareholding in the airline.

A little earlier this year, Barbados agreed to the sale of much of its 49.4% shareholding to Antigua which currently holds 34%. The arrangement is expected to revolve around Antigua taking on most of Barbados’ part of the airline’s debt to the Caribbean Development Bank (CDB) while retaining a shareholding and continuing to participate in minimum revenue guarantee arrangements. This is an arrangement that involves the countries that LIAT flies to, contributing not on the basis of their shareholding, but on the frequency of flights to their nation. Antigua is also hoping also that other Caribbean governments, or those with a vested interest in tourism, will subsequently take up some of its shares.

Speaking about Barbados’ decision to sell, Prime Minister, Mia Mottley said recently that while her government retained an “absolute commitment to regional air travel” the country’s IMF program required it “to step back”. Tellingly, however, she coupled this with the suggestion that this would allow other governments “to continue with their proposals to restructure LIAT in the way which they have determined.”

Ms Mottley’s stated view is that LIAT’s operating model is dated and unattractive and that the airline needs a new financial and operational approach and significant restructuring if it is to be able to be made viable and provide the required services.

Most reports suggest that the airline continues to struggle with short term liquidity issues and to service its US$65m debt to the Caribbean Development Bank (CDB), relating to a fleet upgrade.

Antigua’s Prime Minister says that his government believes it can address both issues and exercise the regional leadership required to turn the sub-regional carrier into a viable operation. It will, he said, “resist” any collapse and has developed a “strategic approach” that involves retaining all LIAT’s fleet of ten aircraft and Antigua’s role a regional hub.

Despite this, some shareholders remain reluctant to make further contributions without significant changes to the airline’s structure, cuts in expenditure and rationalization of the number of aircraft and routes. Moreover, all this is happening as a plethora of smaller carriers are expanding their services across the sub-region in an uncoordinated manner.

What LIAT’s continuing difficulties highlight is the importance of finding a broader solution that results in a viable Caribbean operated carrier or interrelated carriers able to fly services that seamlessly link the various regions of the Caribbean together.

As this column noted last year, this requires joined up regional thinking that only a full Caribbean Heads of Government meeting can address and find practical ways to implement.

Unfortunately, in the real world of Caribbean aviation political interference has meant that decisions are often based on petty nationalism and an absence of the efficiencies that the private sector usually brings. Consequently, governments subsidize foreign carriers to fly in, subsidize regional airlines and subsidize fuel. Then, in response, they tax in multiple ways, travel and travelers, to recover what has been spent.

Clearly this is unsustainable and if not addressed soon, regional aviation, and by extension regional integration, is likely to continue its slow downward spiral.

Regrettably, the likely solutions to LIAT’s problems suggest that the current piecemeal approach to regional aviation will continue without any holistic attempt to address underlying problems such as the extraordinary range of taxes and charges levied by OECS governments, the sub-region’s inability to deliver an integrated approach to transport that includes fast ferry services, or it unwillingness to address protectionist approaches to route licensing.

Some OECS governments now suggest that those who benefit most from LIAT’s services such as the tourism industry, should be taking up LIAT shares. This may be wishful thinking. Investors within or beyond the region would likely require a far-reaching rationalization plus much less government constraint, while most hoteliers, who may well benefit from the airlift LIAT provides, are adamant they already contribute enough through domestic taxation.

In comparison to Central America, aviation in the Caribbean has been a disaster, staggering from one financial and operating crisis to another, too often micromanaged by governments, costing taxpayers millions of dollars in subsidies while becoming so expensive to use that a 2018 CDB study pointed out inter-regional travel is now in rapid decline.

Whether LIAT has an assured future remains to be seen, but for as long as politicians fail to satisfactorily address inter-regional connectivity and its cost, Caribbean integration will for most remain illusory.

EDITOR’S NOTE: David Jessop is a consultant to the Caribbean Council and can be contacted at [email protected]. Previous columns can be found at www.caribbean-council.org.