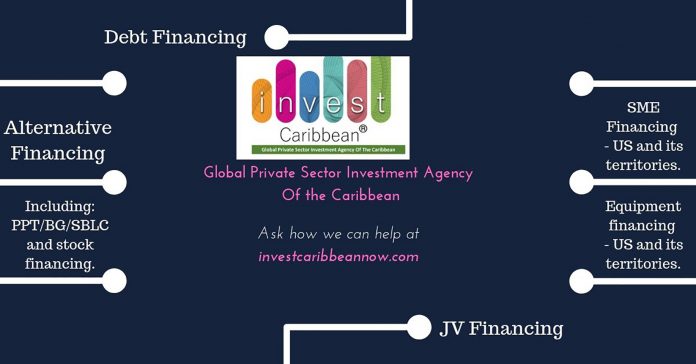 News Americas, BRIDGETOWN, Barbados, Weds. July 3, 2019: Here are the top business stories making news from the Caribbean for this week of July 3, 2019.

Regional growth in the Caribbean and Latin America is expected to be a subdued 1.7 percent in 2019, the World Bank said this week. This according to World Bank Group Vice President for Equitable Growth, Finance and Institutions, Ceyla Pazarbasioglu, reflects the challenging conditions in several of the largest economies. The report added that to build to growth to 2.5% in 2020, the region must be helped by a rebound in fixed investment and private consumption.

Air ticket purchases made in the U.S. from June 1, 2019 through June 23, 2019 for travel to the Dominican Republic decreased by 10 percent when compared to the same period in 2018.

Refunds for air ticket purchases to the Dominican Republic made in the U.S. from January 1, 2019 through June 23, 2019 increased 127 percent when compared to the same period in 2018.

Looking only at June 2019, departures to the Dominican Republic, refunds increased 77 percent when compared to June 2018.

Air ticket purchases for travel to the Dominican Republic made outside the U.S. from June 1, 2019 through June 23, 2019 decreased by 28 percent when compared to the same period in 2018.

Refunds for air ticket purchases to the Dominican Republic made outside the U.S. from June 1, 2019 through June 23, 2019 increased 8 percent when compared to the same period in 2018. Guyana-born, Briton, Bob Collymore, the chief executive who helped to turn Safaricom Plc into East Africa’s most profitable company with an $11 billion valuation, has died after a nearly two-year long battle with cancer.

Collymore, who took the top job with the Kenyan company in 2010, oversaw an increase of nearly 500 percent in its share value thanks to the popular mobile money transfer service M-Pesa and a growing customer base.

Collymore, who was 61, had agreed in May to serve another year in the role after the Kenyan government, which owns 35 percent of the company, insisted that a local was picked to succeed him, complicating the hiring process.

Collymore had travelled to Britain in October 2017 and received treatment for Acute Myeloid Leukemia, a cancer of the blood. He had since been undergoing treatment locally, the company said.

“In recent weeks, his condition worsened and he succumbed to the cancer at his home in the early hours of Monday,” the firm said. He is survived by a wife and four children.

Collymore, previously head of corporate affairs at South Africa’s Vodacom, led the company through a pricing war sparked by rival operator Airtel Kenya shortly before he joined Safaricom, presiding over a decision to maintain tariffs at elevated levels relative to the competition.

Safaricom, which is 35 percent owned by South Africa’s Vodacom, controls about 62% of Kenya’s mobile market, with 30 million subscribers. Britain’s Vodafone has a 5% stake.

Collymore launched Vodafone’s 3G strategy in the Japanese business market and had worked for retailer Dixons, mobile operator O2 and BT in Britain before joining Vodafone.

Grenada’s head of the Financial Intelligence Unit, (FIU), Tafawa Pierre, says Grenadians have been fleeced out of millions of EC as a result of online financial scams.

Pierre says he estimates that people here had lost seven million dollars over the past few years but there is every indication that the figures have increased.

Pierre is urging nationals to be extremely cautious about accepting online financial initiatives and that they should contact the FIU in determining whether the messages are authentic.

The IMF this week said that growth in The Bahamas is projected to reach 1.8 percent in 2019 before converging to its potential of 1½ percent in the medium term.  In its 2019 Article IV Consultation with The Bahamas, the IMF concluded that external accounts are expected to strengthen over the medium-term, backed by high tourism receipts, fiscal consolidation and lower oil prices, and the current account deficit is projected to converge to 5 percent of GDP. But it said domestic bottlenecks and lagging economic diversification constrain medium-term growth while unemployment is projected to decline only gradually.

Year-to-date tourism revenue is the highest in the Island’s history, Discover Puerto Rico officials said this week, with $445M reported through May. The Island has received 1.67M visitors across the San Juan, Ponce, and Aguadilla airports in the first few months of this year, the highest number of airport arrivals in the January-April timeframe in the Island’s history.

The idea of social entrepreneurship as a strategy for social and economic empowerment will come up for discussion at the region’s premier sustainable tourism gathering in late August.

As part of a detailed program to address some of the region’s pressing tourism issues, the Caribbean Conference on Sustainable Tourism Development, otherwise known as the Sustainable Tourism Conference (#STC2019), will provide a forum for regional and international delegates to examine how some destinations have successfully merged tourism development with eco-conscious destination management. Under the theme “Keeping the Right Balance: Tourism Development in an Era of Diversification,” industry experts participating in #STC2019 will address the urgent need for a transformational, disruptive, and regenerative tourism product to meet ever-rising challenges. The conference, organized by the Caribbean Tourism Organization (CTO) in partnership with the St. Vincent and the Grenadines Tourism Authority, is scheduled for 26-29 Aug. 2019 at the Beachcombers Hotel in St. Vincent. The full conference program can be viewed via https://www.caribbeanstc.com/program/