Black Immigrant Daily News From News Americas
Home Latest News Features The SCOTUS Immigration Ruling Is The Final Nail In The Coffin Of... 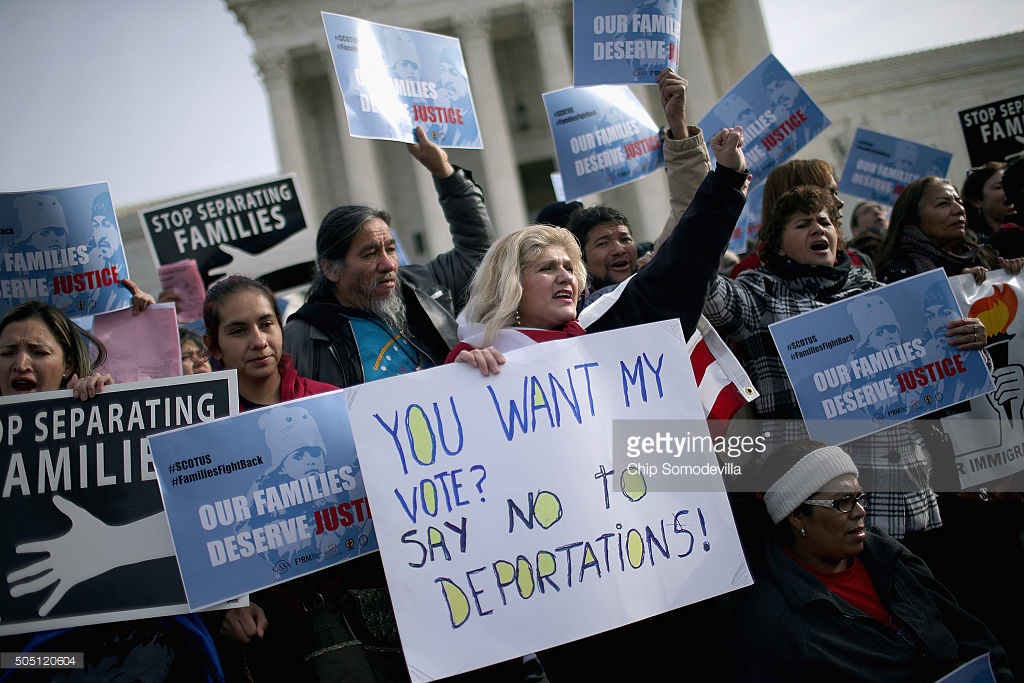 News Americas, NEW YORK, NY, Fri. July 1, 2016: I must confess that I was brought to tears by the U.S. Supreme Court’s decision on immigration on June 23, 2016. Like many immigrant families and advocates, I was hoping against hope that the SCOTUS justices would do right by the 5 plus million young DREAMERS and their parents who desperately need the kind of immigration relief President Obama was offering because of the ‘Do Nothing’ leadership of Republicans in the House.

The Supreme Court – operating on only eight justices – split four-four on the Texas challenge to Deferred Action for Childhood Arrivals (DACA), the President’s  executive immigration policy that allows certain undocumented immigrants who entered the country before their 16th birthday and before June 2007 to receive a renewable two-year work permit and the exemption from deportation. They also split on the Deferred Action for Parents of Americans and Lawful Permanent Residents (DAPA), also an executive action, that aimed to grant deferred action status to certain undocumented immigrants who have lived in the United States since 2010 and who have children who are either American citizens or lawful permanent residents.

The tie vote now means that the Texas appeals court decision blocking the U.S. Department of Homeland Security’s implementation of the program will be allowed to stand, much to the glee of Speaker Paul Ryan, Texas Republican lawmakers and the leadership in 25 other red states who had joined the action against the government.

Even though Ryan has proffered no legislation on immigration reform and done nothing to address the issue, he continues to claim that President Obama has over reached.

So to say I was disappointed and emotional with the ruling was an understatement. But after some consideration and dialogue with several colleagues, it became apparent that the ruling – while a temporary celebration by Republicans and shedding of tears by immigrants – has undoubtedly sealed the GOP’s fate in the November elections.

As my friend Irwine Clare, Sr., O.D, founder of the Caribbean Immigrant Services (CIS), reiterated: immigrants and immigrant advocates fighting for immigration reform must take heart and see this move as the final boost to fight on.

America’s Voice Juan Escalante echoed that sentiment as he said:  “Anti-immigrant Republicans have successfully hijacked our judicial system in order to play politics with the lives of millions immigrant families. But this battle is far from over.”

And they are right. The SCOTUS ruling combined with the Democratic sit-in urging for a vote on guns on Wednesday has put the final nail in the GOP’s coffin – even if they don’t see it yet!

So while they celebrate and continue to spout ignorance and hate, the immigrant voting bloc, combined with the African-American bloc and the LGBT bloc, will be mobilizing and turning their sadness and anger into a get out the vote campaign behind the Democratic Presidential hopeful Hillary Clinton to ensure their issues are addressed by the ones who show they care the most.

For now, it has become so much more than Donald Trump. The GOP governors, their attorneys general and Ryan have now made it about taking back the power from this callous Party at all levels – not just preventing them from ever being in the White House again – but ensuring that there is a take back of both Houses of Congress.

Everything is dependent on it – immigration reform, gun reform, a liberal Supreme Court nominee – we can go on! And the minority voting bloc – along with rational White Democrats and Republicans – have been made painfully aware of this on June 22 and 23, 2016.

So Paul Ryan and his cohorts can laugh now and talk about publicity stunts and who wants to get on TV, but as my Caribbean Granny used to say: “Who laugh last, laugh the best.” And I predict now, that immigrants, African-Americans and the LGBT community will be laughing again come November 9, 2016.

Shotgun previously stolen from North Side home recovered this week ...