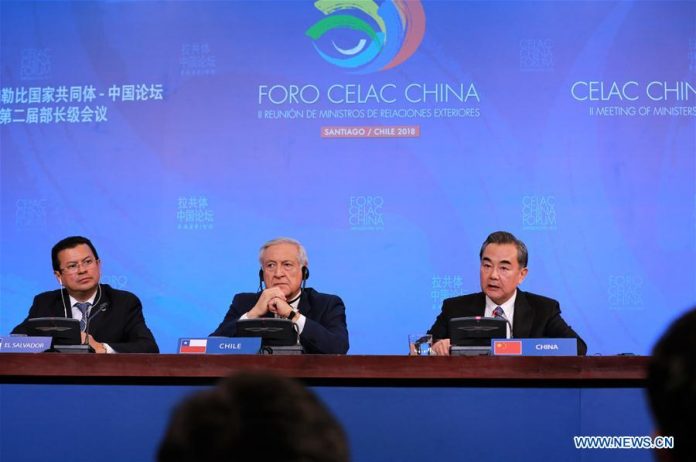 News Americas, LONDON, England, Tues. Jan. 30, 2018: Just over two-weeks ago, CARICOM issued a statement that was probably without precedent in its long relationship with the United States.

It condemned in the strongest terms, ‘the unenlightened views’ reportedly expressed by President Trump in respect of Haiti and other developing countries.  In a statement it said that it viewed his remarks as an ‘insult to the character of the countries named and their citizens’, and as ‘totally unacceptable’.

The first public indication of the region’s unease came last June. Then, the President of Guyana, David Granger, in his capacity as Chairman of CARICOM, said that the region was ‘deeply dismayed and disappointed’ by the US decision to withdraw from the Paris Agreement of Climate Change. For the Caribbean, climate change was, he said, ‘an existential threat’ requiring global solutions. In robust language, CARICOM described the US decision as an ‘abdication of that responsibility’, and as having sent a negative signal to those most vulnerable to the effects of climate change.

Since then a host of other issues have emerged to negatively affect the US-Caribbean relationship.

The still to be passed US budget for 2018 reduces support to Latin America and the Caribbean by 35% and contains swinging cuts in allocations for US programs for Caribbean security, alternative energy, health, education and development assistance.

The US has partly reversed its Cuba policy, and elevated it rhetoric in a way that sets back the hemispheric consensus and engagement that President Obama was establishing.

More recently there have been signs that Washington is attempting to marginalize the role of the World Trade Organisation, a body that is now seen as affording a degree of protection to small states though its ability to provide equity and arbitration. Washington has also embarked on a policy aimed at weakening other multilateral institutions including the United Nations. There are also concerns about the racism implicit in aspects of the President’s foreign policy.

In short, one year on, the Trump administration has shunned the multilateralism, interdependence and civility that forms a central part of the region’s response to economic globalization and foreign relations, in favor of nationalism and a seeming disregard for its neighbors

The effect is to change regional sentiment. While the US remains an important economic partner for the region, the US President by his words and actions is ceding to others the high ground it previously held in the Caribbean and Latin America.

Although the prevailing sense is that this may hasten the deepening of relations with China, this is far from certain, not least because China may not practically respond in the ways that the Caribbean might wish for.

A close reading of the CARICOM and Chinese statements issued after the recent China/CARICOM encounter in the margins of the January 21-22 China-CELAC meeting in Chile, suggests that global issues apart, when it came to the detail and CARICOM’s concerns, the participants were to some extent talking past one another.

What appeared to be absent when China’s Foreign Minister Wang Yi met with Caribbean Foreign Ministers was any full Chinese endorsement of the Caribbean’s approach to development co-operation.

While the region welcomed China’s ‘belt and road’ proposals as a very important mechanism, CARICOM noted that it will be important to ascertain the best means of linking the opportunities it might bring, to the Caribbean’s own development priorities, including regional transportation, renewable energy, and the strengthening of its disaster management capacity.

Maxine Mclean, Barbados’ Foreign Minister, speaking as chair of CARICOM’s Council for Foreign and Community Relations, made clear that a ‘new paradigm in development finance’ was needed if CARICOM was to realize its economic and social development aspirations.

“Concessional development funding is essential for the building of economic and climate resilience to serve as the platform for our sustainable development,” she said. According to the statement, she ‘urged the Chinese Foreign Minister to relay CARICOM’s concerns to his colleagues of the G20 and to the heads of international financial institutions’.

In contrast, an official statement appearing on Chinese government websites quoted the country’s Foreign Minister as having spoken to his CARICOM counterparts about the achievements of China-Caribbean cooperation in policy areas such as climate change, and in other more specific areas such as infrastructure development. However, when it came to the next phase of co-operation, the language used appeared to place this firmly within the context of China’s policy objectives rather than Caribbean concerns.

In this respect, and perhaps most tellingly, the CARICOM statement contained the line: ‘Presentations by CARICOM Foreign Ministers underlined the importance of meaningful and transformative projects for all CARICOM Member States. They also highlighted the importance of grant as well as concessional funding to underwrite selected projects’.

No doubt these issues will be considered when the next round of Caribbean-China Consultations take place later this year, but the impression remains that for the relationship to significantly deepen, China’s support needs to be better directed towards the region’s development needs, and less to Chinese companies, the promotion of Chinese values and China’s image in the world.

That said, China’s rise is of profound significance. It demonstrates that the world’s centre of gravity is relocating. President Xi’s desire to see economic globalization deliver greater global equity is welcome, as is his willingness to put forward an alternative view to that of the present incumbent in the White House.

As the region tirelessly tells the world, Small Island Developing States face unique development challenges because of their exceptional vulnerability to climate change.

For China’s approach to truly benefit the nations of CARICOM, it needs to better understand and recognize, as Europe has in recent years, the region’s often difficult history, its culture, and the need for support for sustainable Caribbean-led economic growth.

Caribbean Radio Telescope That Appeared In A Bond Film Collapses