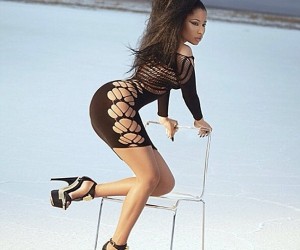 Minaj is up for The Best Hip Hop Award, Best Female Award, the Best Look Award and the Biggest Fan award.

Fans decide the winner who will be announced at a big show taking place in Glasgow on November 9th. Voting is at https://tv.mtvema.com/vote.

Minaj took to Twitter to thank the EMA’s for the nominations. Minaj’s ‘Anaconda’ album is doing well globally and is also up for nominations at the BET Hip Hop awards.

Sculptor Gormley wants us to get inside his head