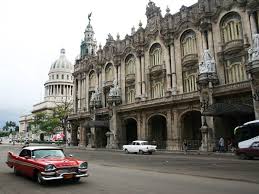 News Americas, LONDON, England, Mon. Jan. 12, 2015: The announcement by President Obama and President Castro that Cuba and the US are moving to normalize relations has resulted in all of sorts of commentary across the Caribbean about what this may mean for the region’s tourism sector.

For the most part the commentary is ill informed, fails to understand the complexity of what President Obama has proposed, the process involved, or the fact that Cuba has revealed very little about what its objectives or detailed response will be.

That said, the news is of course welcome, long overdue and begins to end the US imposed isolation of a Caribbean nation. It begins with the full restoration of diplomatic relations by both sides and includes a range of measures for which the US President does not need the approval of Congress.

When it comes to US travelers, President Obama made clear that while more US citizens will be able to visit Cuba under license, he was not freeing US travel to Cuba. Instead the implication is that the granting of licensees to travel in the twelve* US Treasury permitted areas will be made easier. He also said that US credit and debit cards will be permitted for use by travelers to Cuba, US companies will be able to improve infrastructure linking the US and Cuba for commercial telecommunications and Internet services, and according to a fact sheet accompanying his statement, foreign vessels will be able to enter the United States ‘after engaging in certain humanitarian trade with Cuba’.

Although not directly related to tourism, but of fundamental importance to being able to move funds, invest, trade, book hotels or flights on airline web sites and much more, was the announcement that President Obama was authorizing his Secretary of State, John Kerry, to review, ‘based on the facts,’ Cuba’s designation as a state sponsor of terrorism. The increasingly tough interpretation of this regulation by the US Treasury has severely constrained all third country trade and services including from the Caribbean, as many companies and international banks have withdrawn from the Cuban market in order not to face huge fines in relation to the transfer of funds.

What happens next in practical terms may be slow and uncertain, however it is clear that President Obama has initiated a process that he thinks will be sustainable beyond any Democrat administration.

In his statement, Secretary of State Kerry came close to saying that the US sees parallels between the normalization of relations with Cuba and its experience with Vietnam. There, small but incremental changes in US regulations led quite rapidly to US business engaging in such a manner that the pressure on Congress for the full normalization of trade relations became unstoppable. In other words, it may be that President Obama calculates, in the case of Cuba, that the weight of US corporate interest and freer travel may force an unstoppable economic and social opening that a Republican dominated House and Senate will not then wish to turn back.

What this means is that while tourism (or more precisely the number of US visitors travelling to Cuba, which includes very large numbers of Cuban Americans) will remain constrained for the time being, there could be a quite sudden opening in between two to four years time, but only if that is what Cuba wants.

In this context, the most likely changes in the short term related to tourism are increasing pressure on the number of hotel rooms in Havana and popular destinations and an upward trend in Cuba’s presently low room rates; increased investment in the hotel sector by foreign companies particularly in conjunction with military controlled tourism companies; pressure from US legacy carriers to fly scheduled services to Cuba out of the US; the increased attraction of sailboats into the newly completed marinas that Cuba has been constructing; and an increasing number of calls by non-US cruise ships and perhaps in time US cruise ships if they home port in Cuba; and the rapid diversification and decentralization of Cuba’s already significant tourism product.

President Castro and President Obama both noted that the agreement to normalize relations would be challenging and take time. Moreover it does not, as President Castro observed, go to the heart of the matter: the ending of the economic, commercial, and financial embargo, which remains a matter for the US Congress.

The announcement of an improved US-Cuba relationship is therefore best regarded in tourism terms as the starting gun for all Caribbean tourism interests to consider how over time they will respond to increasing competition for the US market whether it be thorough investment, the provision of services, or new forms of marketing.

David Jessop is the Director of the Caribbean Council and can be contacted at[email protected] Previous columns can be found at www.caribbean-council.org.