News Americas, LOS ANGELES, CA, Tues. Mar. 8, 2016: The beaches of the Caribbean island of Saint-Barthélemy or St. Barth’s will be in the spotlight on CBS tomorrow night as the 2016 Victoria’s Secret Swim Special gets ready to air in 190 countries as well as live at the Victoria’s Secret website.

The models will show off this year’s sexy swim collection, featuring both daring, flirty, fun and downright sexy one and two-piece ensembles for every beachgoer amidst the background of St. Barth’s beaches. 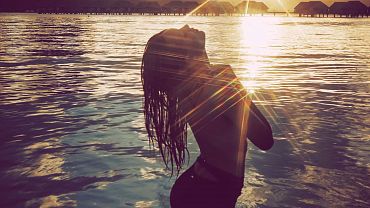 Among the performers who are also a part of the celebration and show are Nick Jonas and Demi Lovato.

The chic Caribbean island of St. Barths- officially a department of France – is a popular winter getaway for the wealthy. The capital, Gustavia, encircling a yacht-filled harbor, combines high-end dining with historical attractions like The Wall House, whose exhibits highlight the island’s Swedish colonial era.

SSI Denied To Puerto Ricans Up For Supreme Court Hearing