News Americas, NEW YORK, NY, Fri. Dec. 9, 2016: There was no doubt she dazzled in the USD 3 million Victoria’s Secret Fantasy bra made of 450 carats of diamonds and a bodice constructed from more than 27,000 Swarovski crystals but few knew that as this Angel walked the Paris runway on Dec. 5, 2016, her roots ran deep to the West Indies. Here are five fast facts you many not know about Victoria’s Secret Model Jasmine Tookes, only the third woman of color to wear the fantasy bra.

Jasmine Tookes West Indian roots come from her dad, Sean Tookes. However, she was raised by her mother, celebrity fashion stylist, Cary Robinson. Robinson and Tookes moved to California where Jasmine was born but things reportedly fell apart between the couple and Sean Tookes, a musician, then moved to Georgia, leaving Jasmine behind in California with her mom. Tookes has revealed that her grandmother is from Barbados.

2:  Tookes Was Once A Gymnast

Tookes, who claims mixed ancestry – African, European, Brazilian and West Indian – did gymnastics for ten years and was also active in volleyball and softball before she became a model at about the age of 15.

3: Tookes Was Discovered At 15

Tookes, now 25, was discovered at one of her mother’s photo shoots at only age 15. As she once told Vogue: “I was always on shoots with her, and every time I’d visit her on set, someone would say, ‘She should be a model.’ So we took their advice, and I met with agencies in L.A. Her first shoot was for Abercrombie & Fitch and her first commercial ad campaigns were in 2010 for Ugg boots and Gap. Before breaking out on the international scene, she booked a Spring 2011 DKNY campaign and a layout in Vogue Italia. She first walked in the annual Victoria’s Secret Fashion Show in 2012. She has also has walked in shows for Burberry, Stella McCartney, Yves Saint Laurent and Prada and starred in campaigns for Jimmy Choo, Ralph Lauren and DKNY. Her networth today is put at USD 5 million. 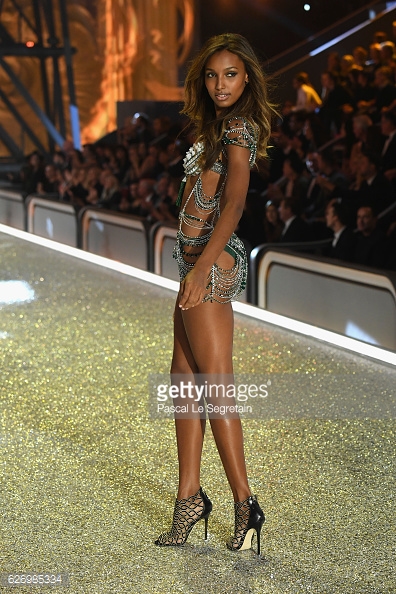 4: Tookes Is Dating Another Model

The brown eyed beauty has been dating 28-year-old Denmark-born model Tobias Sorensen since 2012. She calls him “one of the sweetest guys in this crazy world” and they have been called one of the most attractive couples today. The two have appeared together in a Calvin Klein Eternity Now ad, getting paid to cuddle.

Unlike many models, Tookes says she actually likes to eat an has an extremely fast metabolism.  “I eat, eat, eat, and yet I can’t seem to gain any weight.   Lobster and crabs are favorites. Also, I LOVE pizza … I think I could eat pizza every day,” she once told The Cut.  Still this Aquarius  remains a solid 121 pounds with 32 C breasts, a 24 inch waist and 34 inch hips.

Hugo Chávez: coffin moves through Caracas – as it happened – The Guardian