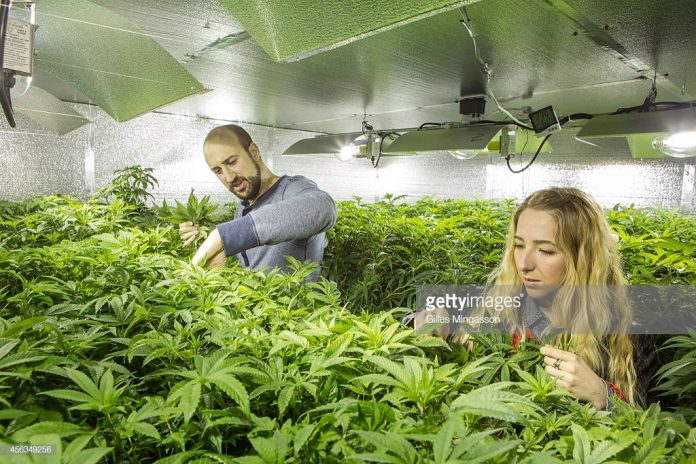 News Americas, NEW YORK, NY, Fri. Oct. 12, 2018: As per usual, most Caribbean governments are lagging behind the 8th ball when it comes to the multi-billion-dollar industry of marijuana – a herb that easily grown in the region and has for many decades now.

The snail like movement in some nations and the non-movement in most others, come as Vivien Azer, the only pot analyst from a major Wall Street research house, claimed this week that that the market could be one day worth $500 billion.

This as debt in 12 out of 19 Caribbean nations remains above 60 percent of GDP according to the Caribbean Development Bank. That debt mark of above 60 percent currently suffered by the 12 Caribbean countries puts them beyond the danger sign for developed countries as set by the International Monetary Fund.

But so far, Jamaica and Puerto Rico are the only two Caribbean countries moving ahead into the medical marijuana market.

Jamaica has legalized medical marijuana and created a new licensing system governed by the Cannabis Licensing Authority to allow farmers to legally grow cannabis for medical, scientific or therapeutic purposes. Last month, a private company there shipped its first CDB oil to Canada for analysis.

Puerto Rico has legalized medical marijuana, setting up a number of dispensaries on the island and the number of patients registered in Puerto Rico has surpassed 20,000, signaling that the industry is gaining momentum.

But other countries are either far behind or completely stalled.

In February, the Antigua and Barbuda lower house of parliament passed the Misuse of Drugs (Amendment) Bill that decriminalizes the possession of up to 10 grams of cannabis.

In 2016, the Cayman Island Governor Helen Kilpatrick approved a bill that amends the Misuse of Drugs Bill 2016 allowing cannabis oil to be imported and sold for medicinal purposes. This step by the government legalized the medical use of ganja in the form of an oil or tinctures to treat cancer, epilepsy, or as a pain reliever for osteoarthritis and rheumatoid arthritis, among a list of other conditions.

In Belize, the amended Misuse of Drugs Act passed in 2016 decriminalizes possession and use of small amounts of marijuana. Adults can have up to 10 grams of marijuana in their possession and smoke it on their own premises or somebody else’s private premises, once the owner gives permission.

In St. Kitts & Nevis, Prime Minister Timothy Harris established a National Marijuana Commission in 2016 to research the various implications involved in decriminalizing the plant but so far nothing has really changed.

In St. Vincent & The Grenadines, work towards an anticipated approval of a medicinal cannabis legislation is nearing the final stages, with Select Committee meetings expected to be concluded by today, Friday, October 12, 2018.

Other islands and countries are no where near getting off their hiney, and that includes Guyana, where nationals are still punished by jail time for even small amounts of weed.

As the count-down begin to recreational cannabis in Canada on Oct. 17th, the debt-ridden Caribbean, which remains vulnerable to natural disasters, continues to spend millions on fossil fuel and food imports, and is largely dependent on earnings from tourism, remittance or passport sales, remains as usual, behind the 8th ball, as the natural herb/weed that is largely home-grown and could make them debt free continues to be vilified and dismissed.

Rosie O’Donnell says "lucky to be here" after heart attack