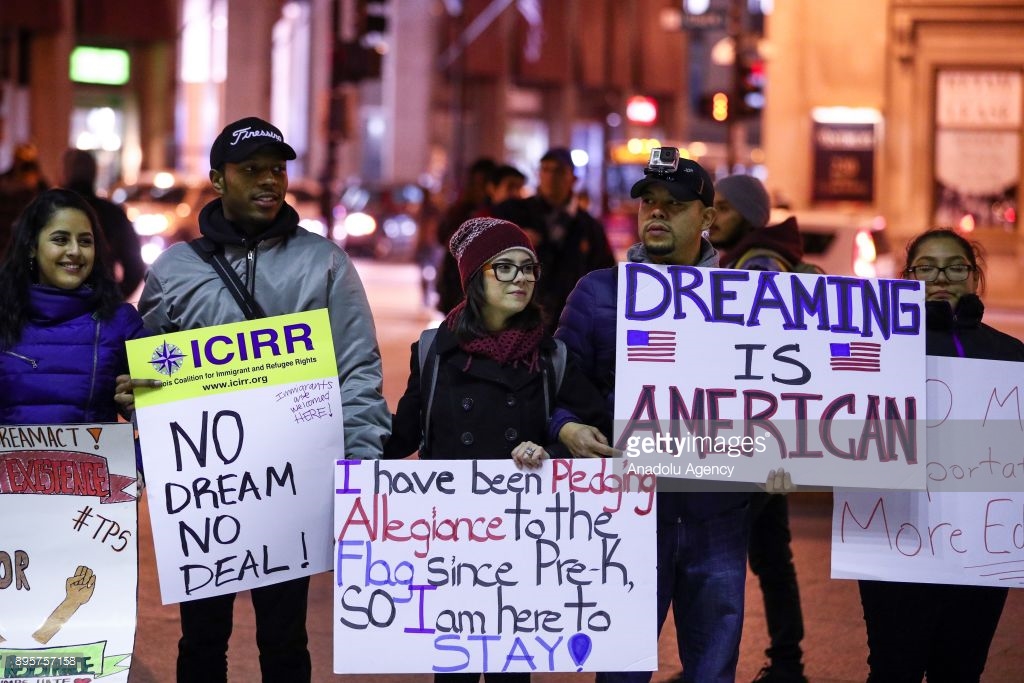 News Americas, MIAMI, FL, Fri. Dec. 29, 2017: If you are a Dreamer this holiday, there isn’t much to celebrate except pray for a Christmas and New Year miracle.

Come March 5, 2018, benefits under DACA, or The Deferred Action for Childhood Arrivals plan, established by the Obama administration in June 2012 to help young immigrants brought into the country undocumented by their parents, is set to end under the Trump administration.

Unless Congress acts early in the New Year, DACA recipients could get the boot by Trump’s ice men. But Republicans, thrilled with their ‘give the rich more riches’ tax plan, could not be bothered with DACA youth this holiday and have instead left them in limbo – worrying whether the New Year will mean deportation back to a land they barely know.

So while many GOPers and some Democrats, will this Christmas happily celebrate with their families, possibly reading the Dicken’s classic to their grand kids, many DACA youth will be praying to the Virgin Mary and wondering what the dickens 2018 holds for them in the land of the Grinch.

Members of both parties have been happy to kick the can down the road even as Trump and his White House say the New Year will be used to cruelly separate parents from their children when families are caught entering the country illegally.

While many Democrats had said they would withhold their votes and force a government shutdown over DACA, that did not happen, as members on both sides voted last Thursday, Dec. 21st, for a resolution to continue funding the government into January.

So again immigrants and Dreamers are the losers.

But if we are to believe Senator Jeff Flake, the less conservative Republican from Arizona and a supporter of immigration reform, a happy solution could come in 2018. According to Flake, Senate Majority Leader, Mitch McConnell, has promised there would be a vote on Dreamers by mid-January, before Congress holds another vote to continue to fund the government.

That’s just weeks before the benefits run out in Trump’s America. The good news, however, is that Congress can quickly pass a stand-alone measure in January if they really wanted to protect Dreamers. The template for such a legislation is already there in the Dream Act, a bill that has been introduced in the Senate more than five times since 2001. Given the swift passage of tax reform, with back door write-ins and add-ons, we know the measure can be passed swiftly if Republicans really want to.

Let’s hope that with the 2018 Congressional elections now just months away from January 2018, they really want to. Dreamers must keep the dream alive this holiday and into the New Year. It’s the only option!

Haitian Migrants Are Being Met With Force By Mexican Immigration Agents

Here’s What Afghans Need To Apply For Parole In The U.S.