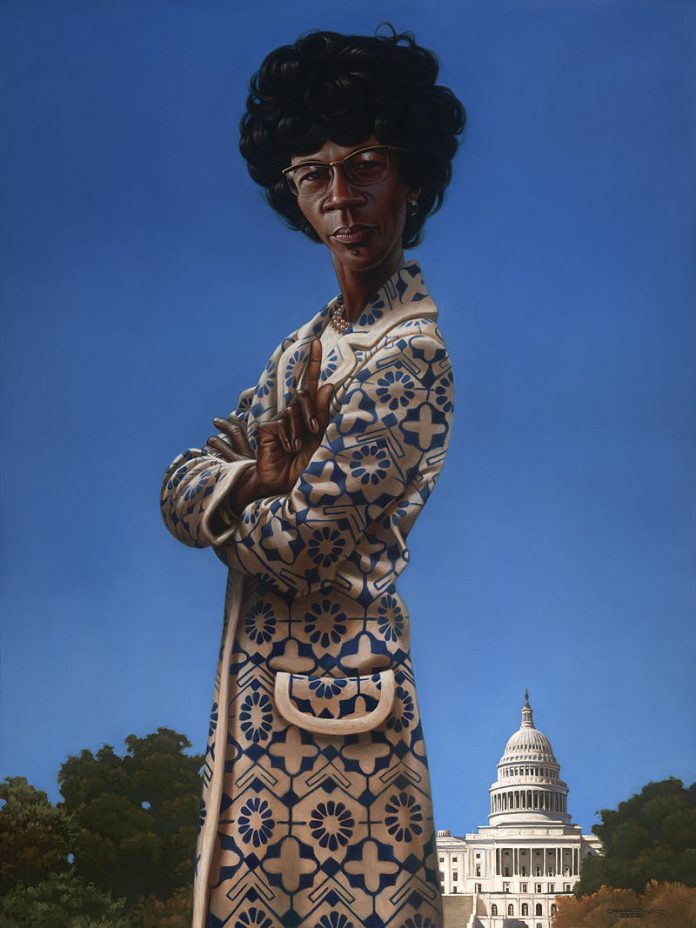 News Americas, NEW YORK, NY, Weds. Jan. 31, 2018: A Caribbean-American Congresswoman is calling for a statue of the US’ first black congresswoman to be erected in the United States Capitol.

Brooklyn Congresswoman Yvette Clarke, who now serves in the seat Caribbean-roots lawmaker Shirley Chisholm first occupied, has introduced H.R.4856, “to direct the Joint Committee on the Library to obtain a statue of” Chisholm for placement in the Capitol. The bill was introduced in the House on January 19th and has since been referred to the House Committee on House Administration. It has so far garnered 56 co-sponsors, including Caribbean-born Congressman Rep. Adriano, Espaillat and Florida Representatives Frederica Wilson and Alcee Hastings.

“Proud to have intro’d HR 4856 a bill that would give a permanent home to Shirley Chisholm among other defining figures in our nation’s history,” Clarke tweeted. “The statue would honor her life and living legacy.”

Chisholm, born Shirley Anita St. Hill in Brooklyn in 1924 is of both Guyanese and Barbadian heritage.  She became involved in politics while running a child care center.

In 1968, Chisholm ran for the U.S. House of Representatives from New York’s 12th congressional district, which as part of a court-mandated reapportionment plan, had been significantly redrawn to focus on Bedford-Stuyvesant. She won the election and became Brooklyn’s first black female member of Congress under the campaign theme: “Unbought and Unbossed.”

From Congress, Chisholm began exploring her candidacy for President in July 1971, and formally announced her presidential bid on January 25, 1972 in a Baptist church in her district in Brooklyn.

She went on to become the first black major-party candidate to run for President of the United States, in the 1972 U.S. presidential election, making her also the first woman ever to run for the Democratic Party’s presidential nomination. After a failed bid, she returned to Congress before retiring in 1981. Chisholm died on January 1, 2005,  in Ormond Beach near Daytona Beach, after suffering several strokes.

She is buried in the Oakwood Mausoleum at Forest Lawn Cemetery in Buffalo, where the legend inscribed on her vault reads: “Unbought and Unbossed.”