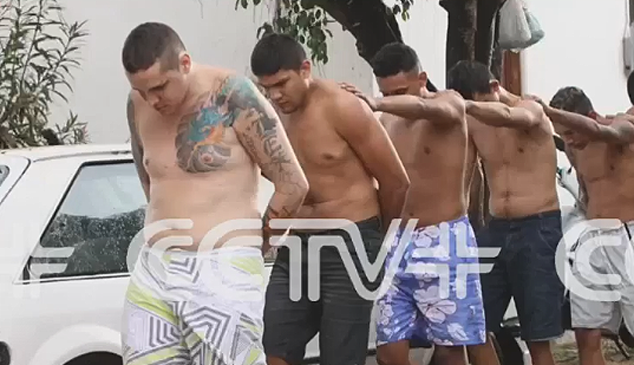 News Americas, RIO DE JANEIRO, Brazil, Weds. Jan. 30, 2018: At least 10 inmates were killed on Monday during a gang clash in a prison in the state of Ceara, in northeastern Brazil.

The incident occurred in Itapaje Prison, about 125 kilometers from Fortaleza, the state capital, when prisoners of rival factions clashed violently.

Municipal police and prison guards of the Regional Operations Group stepped in and took control of the prison, according to a statement issued by the Ceara Justice and Citizenship Secretariat.

The Brazilian newspaper Diario do Nordeste, said that prisoners linked to a faction dodged surveillance and killed their rivals “cruelly”. Nine inmates died in prison and one more in the hospital.

The lethal fight in Itapaje Prison, which has some 113 inmates, followed escapes in another three of the state’s prisons, where at least 10 prisoners managed to get away, according to the Ceara penitentiary union.

Violence has soared in recent months in this state, where 14 people were killed last Saturday in a shootout at a disco in Fortaleza, allegedly also as a result of a war between criminal factions. (SOURCE: CCTV)