News Americas, LOS ANGELES, CA, Tues. Jan. 30, 2018: A Caribbean-born, British actress is among the top notch cast for the much-anticipated movie, Black Panther, which is set to officially hit theaters on Feb. 16th.

Letitia Wright, 24, who plays Shuri, in the movie, the sister of the King of Wakanda and the ‘Smartest Person in the World,’ was born in Georgetown, Guyana.

The movie features T’Challa, played by actor Chadwick Boseman, return home to the African nation of Wakanda to take his rightful place as king. When a powerful enemy suddenly reappears, T’Challa’s mettle as king — and as Black Panther gets tested when he’s drawn into a conflict that puts the fate of Wakanda and the entire world at risk. Faced with treachery and danger, the young king must rally his allies and release the full power of Black Panther to defeat his foes and secure the safety of his people.

“As far as the technologically-advanced side, in our mind, and in our incarnation, Shuri is the head of the Wakanda Design Group,” Black Panther Producer Moore told the Rant recently. “She’s the smartest person in the world, smarter than Tony Stark but she’s a sixteen-year-old girl which we thought was really interesting. Again, black faces in positions of power or positions of technological know-how, that’s a rarity. So it’s something that’s a big part of the film.” 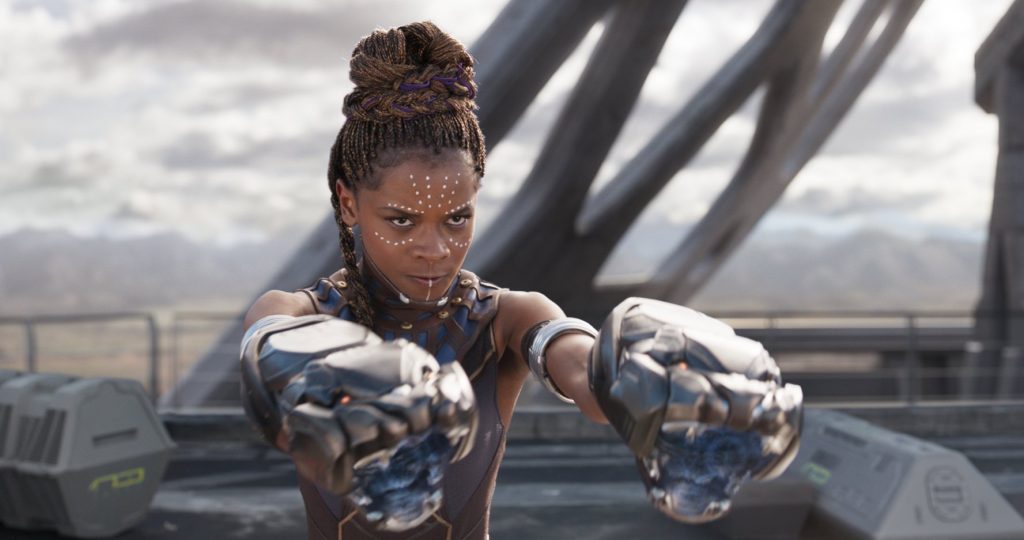 Shuri, the princess of Wakanda, was introduced in May 2005 in Marvel Comics’ Black Panther #2. However, four years later, she went on to assume the mantle of Black Panther in her own right after T’Challa was attacked by the Cabal and left in a comatose state.

Given that the film’s teaser trailer shows T’Challa and Shuri standing in front of a pair of near-identical Black Panther costumes, some have speculated that perhaps she’ll follow in the footsteps of her comic-book-counterpart and suit up, herself.

Wright moved with her family at age 7 to London. Her interest in acting came when she saw ‘Akeelah and the Bee’ and found the lead character to be a positive role model.

Determined to act, she sent emails to different agents about her acting experience until she was picked for small parts. She started out staring in ‘My Brother the Devil’ in 2012, where she was recognized by Screen International as one of its 2012 Stars of Tomorrow.

Michael Caton-Jones then cast her in ‘Urban Hymn,’ in 2016, which garnered her attention and Wright was soon cast in the film adaptation of the novel ‘Ready Player One,’ as Reb.

Soon, after, she was added to ‘Black Panther’ as part of the Marvel Cinematic Universe.

Wright has received a nomination for a British Independent Film Award for Most Promising Newcomer. After this movie, there is no doubt she will be up for more awards while inspiring other little girls.

Air Force One is a theater for cameos en route to South Africa –...

Bush’s call for GOP to embrace immigration reform seems to have little effect –...