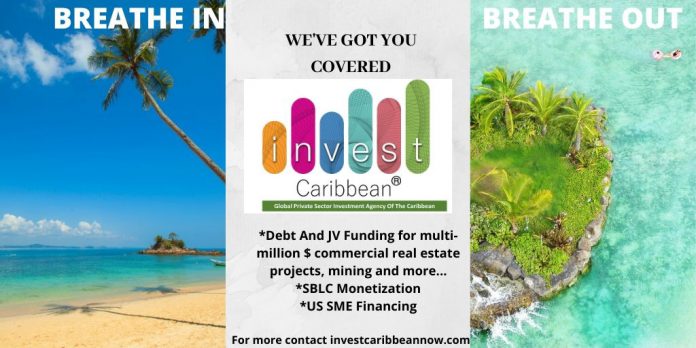 News Americas, NEW YORK, NY, Fri. Jan. 31, 2020: Here are some of the top business and finance news making headlines across the Caribbean this week.

When it comes to ease of Doing Business in the Caribbean, Puerto Rico continues to lead the region, topping the 2020 Doing Business Rankings again this year with a global rank of 65 according to the World Bank. The second easiest place in the region to do business is Jamaica which secured a rank of 70 globally while the third spot went to St. Lucia with a global rank of 93. The worst place to do business in the Caribbean is Haiti which ranked at 179th globally, just above the Republic of Congo.

Hess Corp. said this week that it will allocate more money this year to its growth in the tiny South American country Guyana. The New York-based Hess said it will spend $3 billion in capital and exploration in 2020, including more than $1.3 billion just on Guyana.

Last year, Hess originally budgeted $2.9 billion for capital projects and finished the year at about $2.7 billion.

The partners began producing oil in December, Exxon and Hess plan to dedicate more dollars to ramping up oil output and expediting future phases of the offshore development.

“We continue to successfully execute our long term strategy, with the majority of our capital budget directed to Guyana and the Bakken — two of the highest return investment opportunities in our industry that will become significant, long-term cash generators for our company,” CEO John Hess said.

The first phase in Guyana is ramping up to produce 120,000 barrels of oil equivalent a day this spring.

The Barbados, with a power rank of 19, remains continues to remain the most powerful passport in the Caribbean according to the 2020 Passport Index. The second most powerful is The Bahamas’ passport at 22 and at third is the passport of St. Kitts and Nevis at 23.

Davies & Associates, LLC (D&A), a leading US business immigration law firm, has announced that a Grenada CBI program coupled with an USA E-2 Visa is emerging as the latest immigration trend in India. The firm said it is now assisting Indians in securing a United States E-2 visa through the Grenadian CBI Programme donation route.

The Grenada/E-2 option serves as a bridge for Indians facing longer waiting times for the coveted EB-5 “green card” visa or concerned with uncertainty surrounding the H-1B visa. The E2 Visa is designed for people seeking to move to the United States to own and operate a business but Grenada is a cost-effective option with no residency requirement or tax on worldwide income so it is possible for the whole process of Grenada and E-2 to take just a matter of months.

The Best iPhones For Your Kids in 2020

Canada Warns About Travel To This Caribbean Country

Venezuela reaches out to Vatican No. 2 to mediate crisis