News Americas, NEW YORK, NY, Fri. July 6, 2018: A Caribbean-born player was recently selected as the 199th overall in the seventh and final round of the 2018 NHL Entry Draft.

He is Jamaican Jermaine Loewen, who was born in Mandeville, Jamaica and has played with the Kamloops Blazers since the 2014-2015 season.

Loewen joins the Dallas Stars organization as its newest member, a huge overage power forward who has developed an offensive element to his game.

At 20 years of age, Loewen is making history as the first Jamaican selected in the NHL draft and was picked by the Stars in the 7th round.

Loewen, however, won’t be playing for the Stars right away. He’ll have to work up from the smaller leagues. 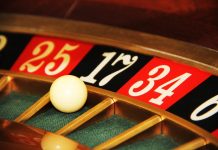 Gambling As A Part Of American Culture

The Gambling Age Around The World