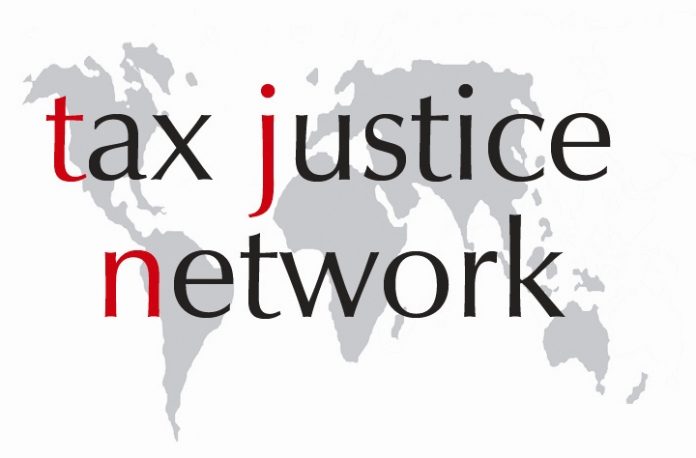 News Americas, BRIDGETOWN, Barbados, Fri. May 31, 2019: Here are the top business stories making news from the Caribbean for the week ending May 31, 2019.

Bermuda has been placed at number two on a list of “the most corrosive corporate tax havens in the world”, by the campaign group Tax Justice Network.

The group says the UK has waged a corporate tax war “against the ordinary citizens of rich and poor countries through a network of satellite jurisdictions to which the UK has outsourced some of its corporate tax havenry.”

It places the Overseas’ Territories British Virgin Islands, Bermuda and Cayman Islands, at numbers one, two and three on its corporate tax haven index, while Jersey, a Crown Dependency is seventh. It notes that Bahamas, a member of the Commonwealth, is ninth, while the UK comes thirteenth.

The IMF has concluded that growth has remained strong in Grenada in its latest ‘Staff Concluding Statement of the 2019 Article IV Mission’ released this week.

However, the bank concluded that while the outlook is promising, it is subject to downside risks and government policy should shift toward making growth more sustainable, resilient and inclusive.

“Fiscal policy should balance further progress in debt reduction against a gradual use of well-earned fiscal space to close the country’s infrastructure and resilience gaps, in tandem with capacity and efficiency improvements to bolster the impact on growth,” the statement added.

The St. Croix Economic Development Initiative (SEDI) and Entrex Capital Market has announced they have formed a joint-venture and entered into a Letter of Intent to establish a national trading marketplace for private opportunity funds and businesses: www.EntrexOZMarket.com in the Caribbean-Latin America marketplace.

“The SEDI team and their relationship with the USVI Economic Development Private-Public sector should establish a safe and credible marketplace which brings capital together with Opportunity Zone businesses and funds through regulated market constituents” said Watkins.

“It is a result of 13 years of always believing the USVI can and should have the ability to create its very own capital market formation system helping private companies raise capital locally, nationally, regionally and globally,” Weeks commented.

SYGNUS Credit Investments Limited (SCI) of Jamaica says it has raised $600 million or half the $1.2 billion needed to deploy capital to borrowers of medium-sized business entities across the Caribbean.

Sygnus this week revealed that it was granted approval by the board of directors to raise up to $1,200,000,000 (or USD equivalent) in debt to satisfy business demands through customized financing solutions.

Suspended Member of Parliament Theodore Heyliger of St. Maarten has been accused of accepting bribes from several companies from January 2004 to March 2014.

Heyliger was this week stacked with at least 4 charges all of which alleges that he accepted bribes in the form of money and other gifts. These monetary and other gifts were allegedly given to Heyliger from 2004 to 2019, a period of 15 years while he was holding government offices and or functions. He is accused of taking almost $4M in bribes as a politician whether he was a commissioner, Minister or Member of Parliament.

Cuba announced Wednesday that is legalizing private Wi-Fi networks and the importation of equipment like routers, eliminating one of the world’s tightest restrictions on internet use.

The measure announced by state media provides a legal status to thousands of Cubans who created homemade digital networks with smuggled equipment that was illegal but generally tolerated by authorities in recent years. It also appears to allow private businesses to provide internet to customers, the potential start in Cuba of internet cafes, so far virtually unknown there.

Dominican-Chinese Chamber of Commerce president Roberto Santana on Mon. said they want to know in detail the complaint from the Dominican Industries Association and the Dominican Plastics Industry Association over alleged unfair competition by five Chinese businesses in Dominican territory.

Both China and the Dominican Republic, Santana said, have agreed to develop their relations in a framework of equality and respect for the law, promoting mutually beneficial exchanges and cooperation, “so that any practice that deviates from these criteria is alien to the will of both countries and the actions of the entities that support the healthy development of exchange and cooperation between the parties.”

The Bank said the story was based on a television broadcast which aired on TV6 Trinidad and Tobago in 2016 – over three years ago.

The Inter-American Development Bank (IDB) is launching a new Orange Innovation challenge to select and finance proposals of up to $500,000 from entities with the best and most innovative business models using cutting-edge technologies to in some sectors of the Orange Economy.

The challenge is open to entities in the 48 member countries of the IDB, and the proposals must have proven economic and social impact in the subsectors of the orange economy such as the audiovisual, digital arts, animation, video games, multimedia applied to the publishing industry, support services for digital content, film, music industry, fashion, design, tourism, cultural heritage, gastronomy, as long as the solution is a technological one.

Proposals must be submitted by July 31st in one of two categories: grants or innovation prototypes.  The selected proposals will be considered by IDB Lab for project implementation with donations of to $500,000.  As part of the award process, a representative of the pre-selected proposal will be able to participate in FOROMIC.

The Barbados Consul General in New York will host a “Let’s Do Business” summit on doing business in and with Barbados on June 15th from 10 a.m. at the Washington Community School in Plainfield, New Jersey. Call the consulate in NY for more info. at  (212) 551-4325.

4 Tips To Help Make It Through A Furlough Or Unemployment