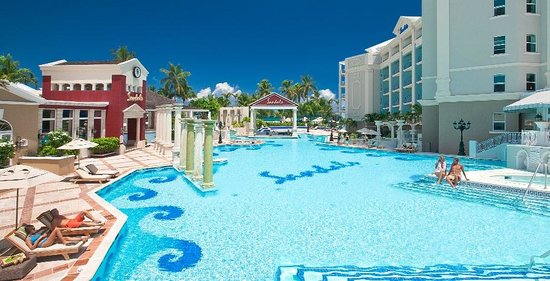 News Americas, BRIDGETOWN, Barbados, Fri. Aug. 9, 2019: Here are the top business stories making news from the Caribbean for this week of Aug. 9, 2019:

In the wake of two mass shootings in America that left dozens dead, Carlson called Americans’ growing concerns about the rise of white supremacy and white nationalism a “hoax,” during his opening monologue on Tuesday. It’s a “conspiracy theory used to divide the country,” he said, lashing out at the media for criticizing President Donald Trump’s response to the shootings in El Paso, Texas and Dayton, Ohio.

“The whole [white supremacy issue] is a lie,” Carlson added. “It’s actually not a real problem in America.” Following the host’s remarks, #FireTuckerCarlson began trending on Wednesday, with thousands of Americans calling on Fox News to dismiss the host from his job.

Some 40 prominent businessmen from south, central and east Trinidad are reportedly linked to major drug and human traffickers, gun runners, gang leaders and murderers and have been named in a T&T police intelligence report obtained by Guardian Media. The Guardian report said the business­men pay hitmen to execute people who inter­fere with their business and illicit operations and hire gang leaders in particular areas to provide security on various projects.

Guyanese authorities have approved a plan presented by CGX Energy and its partner Frontera Energy to re-sequence the work program for the offshore Corentyne block.

The companies put forward the revised work program so they can gain a better technical understanding of the block – and its northern section in particular – before launching drilling work on an exploration well. Canadian companies CGX and Frontera are joint venture partners in the block, with CGX as the operator.

Dominica’s Citizenship by Investment (CBI) Programme is expected to make up 51 percent of the country’s total recurrent revenue and 25 percent of its estimated GDP for the upcoming 2019-2020 fiscal year according to Prime Minister of the Commonwealth of Dominica, Roosevelt Skerrit.

Bruce Willis’ has sold his longtime Caribbean compound in the Turks and Caicos for $27 million following five months on the market. That’s about 18% less than the $33 million he was asking in March.

The Caribbean Court of Justice, (CCJ) this week upheld the classification decision of the CARICOM Council for Trade and Economic Development (COTED), on Rock Hard Cement.

The cement is imported and/or distributed within CARICOM by Rock Hard Distribution Limited, Mootilal Ramhit and Sons Contracting Limited and Rock Hard Cement Limited. Tuesday’s judgment settled the dispute as to whether Rock Hard Cement ought to be classified as ‘Building cement (grey)’ and be charged a CARICOM tax of 15% when imported into the region, or as ‘Other hydraulic cement’ in which case a levy of 0-5% would be payable.

‘There Will Never Be A No-Go Zone For Any Police Officer...