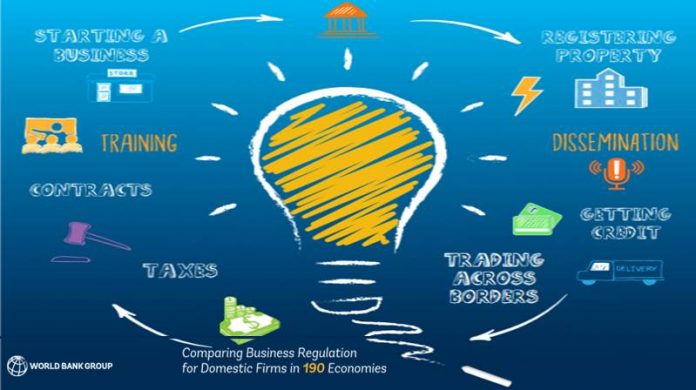 US-based businesses doing business in and with the Caribbean are finding out the hard way that several banks are not supporting business transactions in several countries which are on what is dubbed a ‘high risk’ list. HSBC for instance is declining to open business checking accounts for US companies with large business interests in the Caribbean region as several key countries are on a blacklist, News Americas has found. They include The Bahamas, Antigua and Barbuda, Suriname, Cuba, Haiti, Belize and Trinidad and Tobago. Employees at TD Bank also, citing a similar list and policy, declined to accept a new business checking account for a company doing business in the Caribbean. CitiBank also cited a similar policy for certain Caribbean nations.

How Easy Is It To Do Business In The Caribbean?

Not very according to the latest Doing Business 2019 report from the World Bank. Here’s where the Caribbean nations rank on the list of 190 nations around the world.

The navy will map the Caribbean seabed again. The Snellius, a hydrographic naval vessel, will sail in the Caribbean Sea for the next five months. The bottom of the sea changes due to weather influences and currents and is therefore re-examined every few years.

The legal framework of the British Virgin Islands, along with those of other Caribbean and low- and no-tax jurisdictions Anguilla, the Bahamas, Barbados, Bermuda, the Cayman Islands and the Turks and Caicos Islands, has been declared “not harmful” by the Organization for Economic Cooperation and Development (OECD) Forum on Harmful Tax Practices. The FHTP recently concluded its review of the jurisdictions and announced they were in compliance with the organization’s Substantial Activities Standard, which requires that core income-generating activities for certain sectors must be conducted in the territory.

Guyana’s Finance Minister Winston Jordan this week described an international report on Guyana’s preparedness for the oil and gas sector as “nothing dramatic, nothing new.”

Bloomberg published an article on August 14th under the headline “The World’s Newest Petrostate Isn’t Ready for a Tsunami of Cash.”

In the story, the country’s political leaders were exposed for not having a proper plan for 2020 – when US-oil giant ExxonMobil is slated to begin production. Jordan admitted that the article is correct saying: “I don’t know whether people think that Guyana, with its capacity problems and manpower problems and so forth, can overnight be in a position to take on a giant like Exxon in time for first oil.”

JMMB Group of Jamaica plans to increase its capital by 20 per cent via an offer of shares to the public pending shareholder approval next month. The move coincides with JMMB Group’s move to acquire one-fifth of insurance conglomerate Sagicor Financial Corporation, in which it is investing US$200 million, or the equivalent of $27 billion in Jamaican currency. JMMB currently has 1.63 billion ordinary shares in issue on the market valued at $84.5 billion.

The private sector is “baffled” by the seemingly “insufficient action” to address The Bahamas’ ease of doing business woes, the Chamber of Commerce’s chief executive said this week.

Jeffrey Beckles told Tribune Business that the government and private sector needs “to find a way to lessen the anxiety, confusion and frustration” of many Bahamas-based businesses over the absence of any improvements in the economic climate.

Beckles said The Bahamas’ sharp decline from 54th to 121st in the World Bank’s ease of doing business rankings represents a “huge fallback” for the nation and its commercial reputation.

If you are looking to own your own private island for less than a million you are in luck. Three private islands in Belize are currently on the market for less than $530,000 each. The three islands vary in prices ranging from $350,000 to $525,000, according to the listing website, 7th Heaven Properties. They are located off the Caribbean coast of Southern Belize and are either undeveloped or contain a few structures that need repairs.

In immigration news: Black immigrants in the US, Latino churches try English … –...

The Saturday Profile: A Desperate Mother’s Search Leads to a Fight Against Sex Trafficking