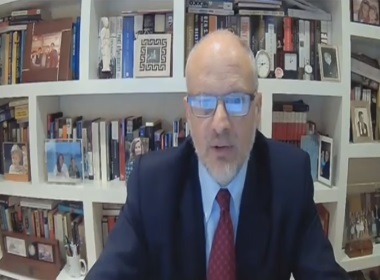 News Americas, NEW YORK, NY, Fri. Dec. 11, 2020: Here are some of the top business and finance news making headlines across the Caribbean this week.

A senior official of the International Monetary Fund (IMF) has praised Caribbean countries ‘for doing a very good job” in containing the coronavirus (COVID-19) pandemic even as he acknowledged that it has had a severe impact on their economies.

Director of the IMF’s Western Hemisphere Department, Alenjandro Werner, told a Caribbean Economic Forum hosted by the Central Bank of Barbados (CBB) on Tuesday night, that the global pandemic would continue to affect the Caribbean economies, especially the tourism-dependent ones because of the collapse in tourism.

Several countries, including those in the Caribbean, were forced to shut down their borders in a bid to curb the spread of the virus that has killed and infected millions of people worldwide.

Werner said countries would now have to find creative ideas to find “some niches in this environment to attract some tourism and we are expecting the Caribbean countries to contract by nine per cent this year and tourism dependent by 12 percent.

MEANWHILE, the Court appointed Administrator for the cash-strapped regional airline, LIAT, Cleveland Seaforth, says talks are still ongoing with Barbados and St. Vincent and the Grenadines after the two former shareholder governments of the airline temporarily banned the airline from landing at the airports in the two countries over valid flight approvals.

Seaforth has hinted at the possibility of the Caribbean Community (CARICOM) getting involved in a bid to find an amicable solution to the situation.

“The latest is that we continue to have discussions with Barbados and St. Vincent and the Grenadines,” he said, adding that in addition to the situation, a situation has arisen in Kingstown surrounding the ground handling operations for the airline.

The government of the Bahamas has extended several tax exemptions that were implemented to assist survivors of Hurricane Dorian  who experienced rebuilding delays due to COVID-19 restrictions.

The islands of Abaco and East Grand Bahama were declared special economic recovery zones by the government in 2019 following Hurricane Dorian’s devastation. Newly appointed Minister of State for Finance, Kwasi Thompson, said the government decided to extend the tax relief measures to next year. This includes tax free purchases of all locally bought and imported home furniture items and other homeware appliances.

Local gas has also been designated as a tax-free item in the special communities, given the fact many residents are still without electricity and having to use portable generators as means to electrify their homes.The government is also offering VAT payable discounts on real property fees provided transactions do not exceed US$500,000.

The International Monetary Fund (IMF) Wednesday said that it had approved US$390 million for Barbados after its executive board had concluded the fourth review of the IMF’s extended arrangement under the Extended Fund Facility (EFF) for the island.

The four-year extended arrangement under the EFF was approved on October 1, 2018 and the IMF said that including the augmentation approved by the Executive Board, the extended arrangement is for an amount equivalent of US$464 million. “A strong recovery from the global pandemic will hinge on accelerating structural reform, including improving the business climate and promoting economic diversification. Strengthening resilience to natural disasters and climate change will be key to long-term sustained economic growth,” the IMF said.

Guyana and Suriname have inked an open-air agreement that will remove restrictions on flying between the two countries and increase market access, in a historic move aimed at helping to make Guyana a regional hub for air travel.

The signing of the agreement comes just a few weeks after Guyana President Irfaan Ali visited Suriname and held discussions with his Surinamese counterpart. Preparations are currently ongoing for a bridge connecting Guyana and Suriname at the Corentyne River to be built.

The bridge will not only link the two neighbouring countries but also open up access to greater economic opportunities beyond them into French Guyana, and through the road network being developed into Brazil, and eventually further into South America.

Dominica says it has recorded a significant decline in tourist arrivals since the re-opening of its borders in July, and blamed the situation on the ongoing impact caused by the coronavirus (COVID-19) pandemic.

The chief executive officer of Discover Dominica, and the Director of Tourism, Colin Piper, speaking on the state-owned DBS radio said that an estimated 4,000 persons had visited the island during the five month period. Piper said 4, 000 people since July “is low and we are at a decline of about 70 to 75 per cent of visitor arrivals into Dominica and we have looked at our competitors as well and they are in mid 60’s to high 70’s in decline as well.

Top Career Choices In The Caribbean

All Whites’ Vietnam War blast from the past – Stuff.co.nz