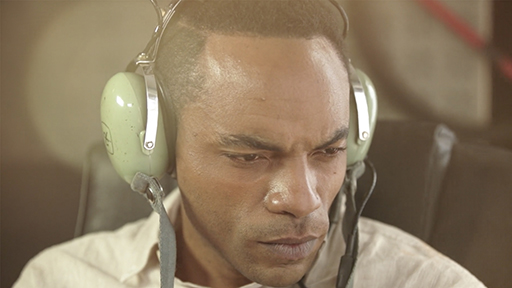 News Americas, TORONTO, Canada, Fri. May 21, 2021: HERO, the film inspired by the extraordinary life of Caribbean-born Mr. Ulric Cross, will be available exclusively in Canada on Premium VOD in the Cineplex Store and Prime Video in the U.S. and U.K on May 21st, 2021.

HERO opened to rave reviews at the TIFF Bell Lightbox in Canada and played in cinemas across the UK on a 40 City tour covering England, Scotland and Wales prior to the pandemic. Following this successful tour, HERO went on to win multiple awards and was the Opening Night feature film for the Pan African Film Festival in Los Angeles.

Film and television industry pioneer, Frances-Anne Solomon has expertly lifted the lid on one of many untold stories of notable Caribbean professionals who made it their life’s mission to foster African independence. Film critic Mike McCahill of The Guardian called Hero, “Stimulating and provocative – filmed history to prompt debate.”

“It’s exciting to know that Ulric’s remarkable life will be shared on a global scale,” said Solomon.

CaribbeanTales Media Group (CTMG), is a multi-faceted group of media companies that produces, market, and sells culturally diverse film and television content from the Caribbean and its wide Diaspora.

Capital Motion Picture Group is a distributor of world-class entertainment to audiences around the globe. As part of its diverse offering of independent cinema, Capital Motion aims to both entertain and engage with audiences with an appetite for discovery.