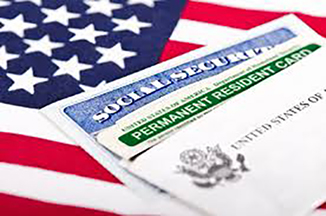 News Americas, LAS VEGAS, Nev., Fri. Mar. 19, 2021: A Caribbean national could spend up to 15 years in prison for using a fraudulent United States Permanent Resident Card and a fake Social Security card while applying for a “Real ID” identification card.

Belize citizen Rickon Amyon Wade, aka “Ricky Wade,” 35, was found guilty of one count of Fraud and Misuse of Visas, Permits and Documents, and one count of Misuse of a Social Security Number for the application to a Nevada Department of Motor Vehicles office in Henderson, Nevada.

According to court documents and evidence presented at trial, on Oct. 1, 2020, Wade applied for a Nevada Real ID identification card at a DMV office in Henderson. As part of the application process, Wade filled out a form and provided a DMV Field Technician with a United States Permanent Resident Card and Social Security card as identification. The Field Technician could not validate and verify the identification cards  Wade presented. Wade had obtained the counterfeit immigration and Social Security cards from a street vendor in California.

An investigation revealed that Wade traveled from Belize to Mexico and entered the United States at a Texas Port of Entry in Jan. 2000, as a temporary visitor for pleasure or tourism. He was authorized to stay in the United States until July 2000. Because Wade did not have a pending application with U.S. Citizenship and Immigration Services to remain in the United States after July 2000, his continued stay was unlawful.

Wade’s previous felony history includes convictions for threatening to harm or kill another person, having sexual intercourse with a minor who is more than three years younger and failure to register as a sex offender.

A sentencing hearing has been scheduled for July 16, before U.S. District Judge Gloria M. Navarro.