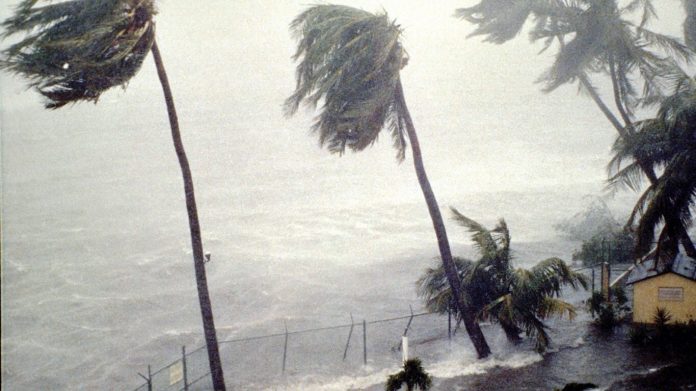 Tropical Storm Dorian is expected to be a Category 1 hurricane as it approaches Puerto Rico and the Dominican Republic today and tomorrow.

The Miami-Dade Fire Rescue Department is sending a 45-member urban search and rescue team to Puerto Rico ahead of Tropical Storm Dorian.

Tropical Storm Dorian brought flooded streets and downed trees to Martinique as the storm passed through the small French island.

No major damage or injuries were reported across Barbados following the passage of Tropical Storm Dorian but power was out in several parishes due to high winds.

Chauntae Davies described in a Manhattan court Tuesday how she was taken to Jeffrey Epstein’s island in the USVI and raped.

The ‘Trump of The Tropics,’ Brazil’s Jair Bolsonaro, says he will reject the G-7’s USD 22 million in aid unless French President Macron apologizes.

Founder of the Atlanta Caribbean Jerk Fest and the Natural Mystic radio show, Glen Simmonds, was laid to rest in Atlanta, GA on Monday.

Amazon Prime Video has teamed up with Bajan star Rihanna for the streaming of her Savage X Fenty lingerie show on Sep. 20th.

And Haitian national Wyclef Jean brought Bob Marley to the MTV VMA’s Monday night in Newark, NJ with his version of “No Woman, No Cry.”

Barbados’ Newest National Hero As A Republic Is Rihanna

Caribbean Business – These Caribbean American Designers Are Speaking Out Against Poverty In Brooklyn,...

The Lede: Charge Sheet Against Al Jazeera Journalists in Egypt

Lufthansa: Most profitable route is Caracas, but we no longer sell tickets … –...