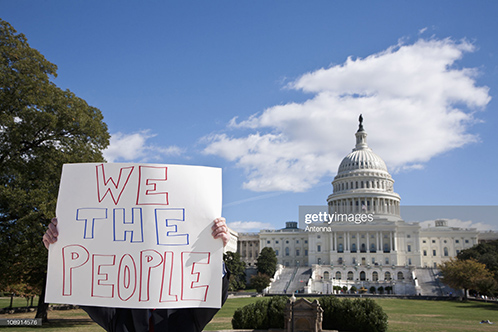 The Caribbean region accounts for roughly one-in-five immigrants and children of immigrants, or 18 percent of the current Congress. That brings the total to 15. Here are the current Caribbean-born and Caribbean roots lawmakers of the 117th Congress.

Born in Bejucal, Cuba, the 70-year-old long-time Democratic lawmaker has served New Jersey’s northern and eastern Jersey City, as well as most of the Latino neighborhoods of Newark since 2006. The district was previously NJ 13th and is now NJ 8th.

The Brooklyn-born U.S. Representative for New York’s 9th congressional district since 2013 is the daughter of Jamaican parents. She  first entered Congress in 2007, representing New York’s 11th congressional district until redistricting. Before entering politics, the 56-year-old worked as a childcare specialist and trained community residents to care for the children of working parents.

The Huntington-NY-born, Democratic U.S. Representative for Maryland’s 4th congressional district is a Democrat whose roots to the Caribbean extend to Cuba through his father. His district covers most of the majority-black precincts in Prince George’s County, as well as a sliver of Anne Arundel County. He is a retired Colonel in the United States Army Reserve, having served in the U.S. Army for over thirty years.

The Democratic U.S. Representative for North Carolina’s 1st congressional district since 2004, he was first elected in a special election after the resignation of Frank Ballance. The 73-year-old former judge’s father was born in Bermuda. His family has a long history in North Carolina. His maternal grandfather, Joe Davis, was a child of a former slave, Judah Davis, and a white man.

Las Vegas, Nevada-born American politician and businessman began serving as the Democratic U.S. Representative for Nevada’s 4th congressional district again since 2019. He previously held the position from 2013 to 2015. His mother was born in Trinidad and he is the first black lawmaker to represent Nevada in Congress.

The 67-year-old retired firefighter was born in Havana, Cuba and served as the Republican mayor of Miami-Dade County, Florida, from 2011 to 2020. He was elected last year serving as the GOP U.S. Representative for Florida’s 26th congressional district.

The Republican U.S. Representative for New York’s 11th congressional district represents Staten Island and South Brooklyn. She is the daughter of a Cuban father and the only female Republican elected official in New York City.

The former professional football player has served as the Republican U.S. Representative for Ohio’s 16th congressional district since 2019. His father was born in Cuba. He was elected to the U.S. House of Representatives on November 6, 2018, sworn in on January 3, 2019 and re-elected in 2020. He was one of ten Republicans who voted to impeach Donald Trump during Trump’s second impeachment.

The Fort-Lauderdale-bornRepublican lawmaker is the U.S. Representative for Florida’s 25th congressional district. He was elected in 2002 and his current district includes much of southwestern Miami-Dade County, including the city of Hialeah, and much of the northern portion of the Everglades. Both his parents were born in Cuba. He became the first member of Congress to test positive for COVID-19 on March 18, 2020.

The D.C.-born republican lawmaker is the U.S. Representative for West Virginia’s 2nd congressional district since 2015. His mother was born in Cuba and he is the first Hispanic elected to Congress from West Virginia.

The Miami-born former news anchor worked for the Spanish-language network Telemundo is the Republican U.S. Representative for Florida’s 27th congressional district since Jan. 3, 2021. Both her parents were born in Cuba. She was scheduled to be sworn in to the 117th United States Congress on such date with the rest of her freshmen colleagues and returning House members, but she was diagnosed with COVID-19 shortly before the start of the term, and as a result was not sworn in until January 12.

The New York City-born Democratic lawmaker has served as the senior United States Senator from New Jersey since 2006. Both of his parents were born in Cuba. He was first appointed to the U.S. Senate by Governor Jon Corzine, and later served as Chair of the United States Senate Committee on Foreign Relations from 2013 to 2015. In 2015, Menendez was indicted on 18 counts of corruption. He stepped down as Ranking Member of the Foreign Relations Committee in April 2015 upon being indicted on federal corruption charges. In February 2018, after his federal trial was declared a mistrial and those charges had been dropped, he returned to his position as senator.

The Miami-born Republican senator was elected to represent the 111th district in the Florida House of Representatives in 2011. His parents were both born in Cuba. Rubio’s maternal grandfather, Pedro Victor Garcia, immigrated to the U.S. legally in 1956, but returned to Cuba to find work in 1959. When he fled communist Cuba and returned to the U.S. in 1962 without a visa, he was detained as an undocumented immigrant and an immigration judge ordered him to be deported.

The Republican senator’s father was born in Cuba and he has served as the junior United States Senator for Texas since 2013. Cruz, who has month provoked a widespread political and popular backlash after filing objections to the certification of Joe Biden’s victory over Trump in the 2020 presidential election and was criticized for giving credence to the baseless conspiracy theory that the election was stolen from Trump, has joked, “I’m Cuban, Irish, and Italian, and yet somehow I ended up Southern Baptist.

Overall, the study found that at least 76 or 14 percent of the voting members of the 117th Congress are foreign born or have at least one parent born in another country, a slight uptick from the prior two Congresses.

China, The Caribbean And Shared Values

Where In The World Is Kamala Harris On Immigration? These Activists...