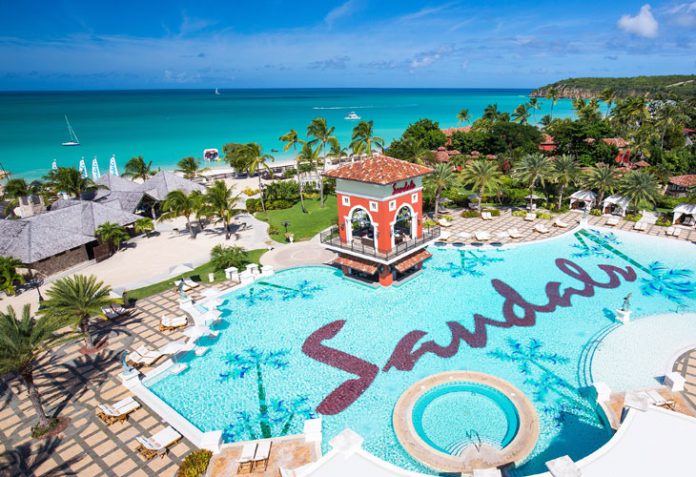 Caribbean owned resort company, Sandals Resorts International, has reportedly restarted an effort to sell itself, according to Bloomberg News.

The Jamaica-based company could fetch as much as $4.5 billion in a sale, Bloomberg quoted persons familiar with the deal as saying. The company declined to comment on the news.

Sandals was founded in 1981 by Chairman Gordon “Butch” Stewart. It operates 24 properties in the Caribbean under the brands Sandals, Beaches, Grand Pineapple, Fowl Cay Resort and Your Jamaican Villas.

Oil will dominate Guyana’s Gross Domestic Product (GDP) by as much as 40 per cent by 2024.

That’s the word from the International Monetary Fund (IMF) which recently concluded its Article IV consultations in Guyana. Public debt and the external current account deficit are projected to decline steadily following the onset of oil production, the IMF added noting that the current account deficit is expected to reach 22.7 per cent of GDP owing to higher oil sector-related imports.

Jamaica’s government is looking to promote sustainable and robust growth among startups and Micro, Small and Medium Enterprises (MSMEs) in the country.

They have received a $50 million conditional credit line from the Inter-American Development Bank (IDB) with $25 million set to focus on boosting MSMEs.

The news comes as the IMF this week said Jamaica’s economy is estimated to have expanded by 1.9 percent in FY18/19, buoyed by mining, construction and tourism but the short-term growth outlook is, unfortunately, clouded by the pending 18 to 24 months closure of Alpart to facilitate investment upgrades.

With negotiations between majority shareholder Barbados and Antigua and Barbuda having completely broken down, it looks like regional cash-strapped airline LIAT may be on the verge of collapse, again, according to Barbados Today.

The paper said labor sources close to government revealed that they had recently been informed that the situation regarding LIAT had gone from “bad to worse.”

The airline’s bid to stay in the air will be high on the agenda at its Annual General Meeting early next month.

The energy start-up that purchased the rights to Petrotrin’s abandoned Gas-to-Liquids (GTL) plant, NIQUAN Energy Trinidad (NiQuan), went to market in May to raise US$100 million.

The company issued a bond, for an 18-month term to meet its construction completion date of December 31, 2019, repay indebtedness and for general corporate purposes. In May, NiQuan also received an equity injection of US$20,206,485. The local collateral agent for the bond is Republic Bank.

The United Arab Emirates has announced it will be building a resilient green power system for hurricane-ravaged Barbuda. The UAE-Caribbean Renewable Energy Fund is being dubbed the largest renewable energy initiative of its kind in the Caribbean region and is a partnership the Government of Antigua and Barbuda’s Ministry of Public Utilities, Civil Aviation, Transport and Energy, the CARICOM Development Fund (CDF) and the New Zealand Ministry of Foreign Affairs and Trade (NZMFAT) to restore power to Barbuda following the near-total destruction of the island after Hurricane Irma struck in September 2017.

The agreement will see the disbursement of $5.7 million from the UAE to support Antigua and Barbuda through the largest renewable energy initiative of its kind in the Caribbean region, wherein the UAE-CREF put forth $3.5 million during the first round of funding in 2017, in addition to $700,000 of humanitarian funding the UAE provided to Antigua and Barbuda after Hurricane Irma in 2017.

The project aims to build a modern, climate-resilient, safe, reliable and sustainable supply of electrical power for Barbuda in the wake of Hurricane Irma, which destroyed 95 percent of the island on September 6, 2017, and forced all 1,800 residents to be evacuated to Antigua.

Herzfeld Caribbean Basin Fund has decreased its dividend by an average of 21.7% annually over the last three years.