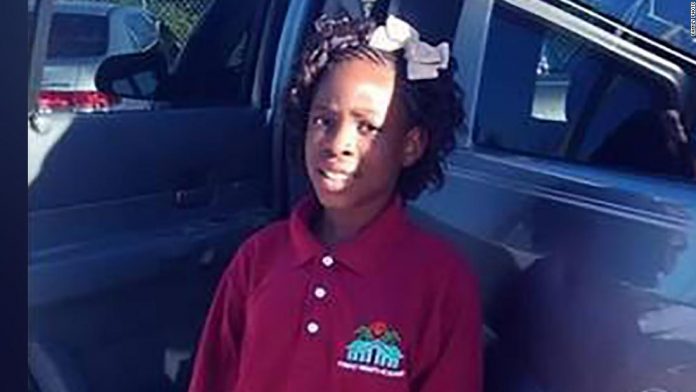 News Americas, FORT LAUDERDALE, Fl, Fri. Sept. 20, 2019: The Trump administration’s family separation policy was officially ended by court order in June 2018. But last week, as coverage of Hurricane Dorian’s devastation continued to stun many, and hundreds of Bahamian victims of the storm tried to flee to the U.S., a 12-year-old Bahamian evacuee fleeing the devastation the hurricane wrought on Abaco Island in the Bahamas, was separated from the family member she came to the U.S. with and put into a shelter for abused or abandoned children in Florida.

So how was this possible? After all, the court had ruled that the implementation of the zero-tolerance family separation policy itself was unlawful, right?

Under the ruling, Judge Sabraw said that the government could continue to separate families on a case-by-case basis in instances where a parent had a communicable disease, when there was a determination a parent was unfit, and if the criminal history of a parent required it.

And it has continued. According to the ACLU, more than 900 additional children, at least as of July 2019, have been separated from their families. This is in addition to the thousands already separated when the policy began in 2018.

But how did CBP agents classify a little girl fleeing a hurricane with her godmother as fitting into this loophole and decide to snatch her away and drop her into a home for “abandoned children” in a strange land?

According to the Miami Herald, little Kaytora arrived in the U.S. with her godmother after they flew from Nassau to West Palm Beach to escape Abaco island.

However, when Kaytora and her godmother arrived in Florida, U.S. CBP separated the child from the woman because they said she was not Kaytora’s biological parent.

Yet, when Kaytora’s biological aunt went to collect her from CBP, officials refused to release the child back to the family’s custody. And her mother, Katty Paul, was then told that she would have to go through a long process to get her daughter back – including providing several documents to prove their relationship.

Luckily for Kaytora, her family turned to the media and the story went viral, sparking tremendous public outcry over the family separation. Not so lucky for thousands of Central and South American immigrant families and their children caught up in the Trumpian web of xenophobia.

U.S. Department of Health and Human Services, however, expedited Kaytora’s reunification after claiming that the government was “unaware the girl was a hurricane survivor” at the time of the separation.

Young Kaytora was luckily reunited with her mother and her aunt on September 12th, after spending four days at His House Children’s Home under the custody of the U.S. HHS.

But the question is why was this allowed to happen in the first instance and why is it still happening to young children at our borders?

Acting CBP Commissioner Mark Morgan had a blatantly stupid response when asked recently about the government’s continued separation policy. “Yeah, so what the policy is, is that we’re going to look at, first and foremost, the health, safety, and wellbeing of the child.  And we will use a totality of circumstances to make that decision to determine any type of separation.  And that’s our policy.  It has been and it continues to be.”

Judge for yourself – both the judge’s loophole ruling and the statement from Morgan – and ask how CBP agents concluded that a little girl lucky to survive a category 5 hurricane should be snatched and taken from the guardian she knows?

The reality is, that when it comes to black and brown foreigners and immigrants seeking to enter the U.S., there is a different set to rules – much like the bigoted U.S. justice system.

It is why Donald Trump, who it is claimed has said most black nations are “s-hole” countries, had the audacity to say last week that he won’t allow Bahamian victims of the storm without visas into the US, since there are some are “…very bad people and some very bad gang members and some very, very bad drug dealers” there. This even though at no time has the US State Department’s own narco-trafficking report posited this.

And it is why the administration has decided, despite pleas from Republican Senators like Rick Scott and Marco Rubio, and vocal agreement from CBP Morgan on why the victims should benefit from Temporary Protected Status, that it will not allow Bahamian victims of the storm any such status.

The bottom line is the Trump administration wants no more black and brown immigrants in the U.S. If this had happened to Norway, then it would be arms wide open; but no way for any “S-hole” countries.

The Bahamas, which treats many Haitians the same way, is sadly having a karmic moment at a time when innocent victims of Hurricane Dorian are going through agony and need help starting over. Unfortunately, many of its own are getting a taste of just how it feels to be an immigrant in Trump’s America, and most especially, how thousands of Central American immigrants feel when their children are snatched from their arms.

Haitian Migrants Are Being Met With Force By Mexican Immigration Agents

Here’s What Afghans Need To Apply For Parole In The U.S.

the Danger in Immigration Reform – RealClearPolitics