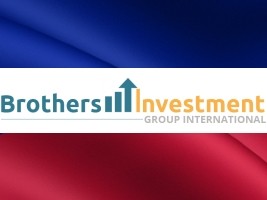 New YORK, NY, Fri. Dec. 4, 2020, Haitian Times: The U.S. Securities and Exchange Commission has charged Anson Jean-Pierre, president and CEO of Miami-based Brothers Investment Group, with misusing nearly $300,000 in funds raised from about 200 investors, most of them Haitian-Americans.

Between August 2017 and November 2018, Jean-Pierre solicited investors through his company, Brothers Investment Group International, according to the SEC complaint filed in U.S. District Court for the Southern District of Florida in Miami on Nov. 24. The Hialeah man, 58, raised $794,000 from mostly Haitian-American investors. However, about $294,000 of the funds went to finance Jean-Pierre’s lifestyle, the complaint said.

“In reality, Jean-Pierre misused and misappropriated over one third of investors’ seed money for non-project purposes, including an elaborate gala, retail purchases, restaurants, travel and hotel charges, cash withdrawals, and payments to himself and other individuals,” the complaint states. “Indeed, none of the projects were successful and investors lost their money.”

According to the complaint, Jean-Pierre urged investors to invest in “membership interests” in his company, telling them Brothers Investment Group would use the funds to oversee development projects in Haiti, and that their funds would be invested “at a profit.” The projects included potential real estate, agricultural, e-commerce and banking projects.

Jean-Pierre claimed the products would help “eradicate poverty and promote prosperity and financial security among the Haitian community” and said about 96% of an investment amount would be directly invested in the development projects, with the remaining money being used for administrative costs, according to the complaint. The money went directly into bank accounts for the company, with Jean-Pierre controlling the only debit card issued for the account, according to the SEC.

A 2018 Haiti Libre article describes a “Haitian Millennium Gala” that drew 1,000 participants in Hollywood, Florida, as an event organized by Brothers, “a private community development company composed of 200 members of the Haitian Millionaires Club.”

Work Of A Serial Killer In Jamaica?