Home Commentary How Involved Is The Government Of Guyana In The Capital Costs Associated... 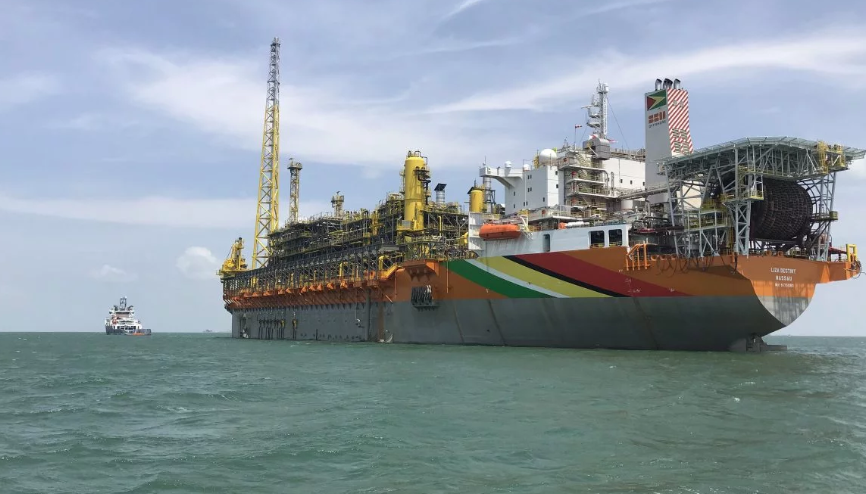 News Americas, WASHINGTON, D.C., Tues. Sept, 29, 2020:  On social media, one can find many speeches by members of parliament debating the 2020 budget for Guyana. The budget outlines the allocation of money to the major activities that keep the country running. Issues such as how much will be spent on health care to the amount of dollars pensioners will receive are determined by the budget.

The government has posted thousands of pages of details on its website with numerous tables detailing how approximately the US$1.5 billion budget will be distributed. It has dedicated weeks and employed many to ensure every drop of the US$1.5 billion will be accounted for before it is spent. Every citizen with Internet access can take a look at the budget details. The government is transparent for an activity that affects the life of every local Guyanese.

It is prudent for the government to decide how much money it wants to spend because it has limited funds. Hence, it has to make hard decisions such as how much it should spend on education versus how much is appropriate for implementing energy related projects.

However, unlike the budget, it is not clear that Guyana knows upfront what it is receiving for that money and what are the alternatives. Let’s take the Stabroek pre-contract costs of US$460 million, which is a cumulative bill from 1999 to 2015. It appears that the governments over that period did not know what the estimated cost for the upcoming year would be from the oil companies. This has resulted in the government needing to hire IHS Market to audit the pre-contract costs. This activity is now in its ninth month of review without an end in sight.

Given the debacle with the pre-contract costs one would expect the government to put a policy in place to review costs for the Stabroek block upfront and possibly make the process transparent as it does for the budget. The government can act quickly on major issues as it has shown with the speed it was able to produce the 2020 budget.

The Liza Phase 1 gross capital costs were initially estimated at US$4.4 billion then it was reduced to US$3.7 billion and finally to US$3.5 billion. That is an approximate saving of a billion dollar about 2/3rds of the 2020 Guyana budget. But there was no detailed breakdown of the types of savings. And, more concerning, no indication that these types of savings can be applied to reduce the cost on the US$6 billion Liza Phase 2 project.

Has it hired experts to question the oil companies’ selection of various suppliers? Is it training Guyanese to understand the terms of these billion-dollar supplier contracts? Why as it did with the budget shouldn’t it debate in public the items that make up the billions in costs?

The people of Guyana will be paying off US$60 billion for years to come. Shouldn’t the government treat the seriousness of this costs the same it does with the budget? After all, the infrastructure costs just for the Stabroek block is projected to be 40 times that of the 2020 Guyana budget!

EDITOR’s NOTE: Darshanand Khusial is part of the non-profit Oil and Governance Network and a financial researcher with qualifications in management accounting and securities. He is also an IT expert who once served as the lead designer on the engine behind some of the largest retail sites in the world. He holds a Masters and Bachelors in Computer Engineering from University of Toronto. He has 15 patents granted in eCommerce software, augmented reality, retail, and dental fields.

Where is Hurricane Ian now headed and how to prepare for...