Home Commentary How To Empower Women Founders In Low-Income Countries 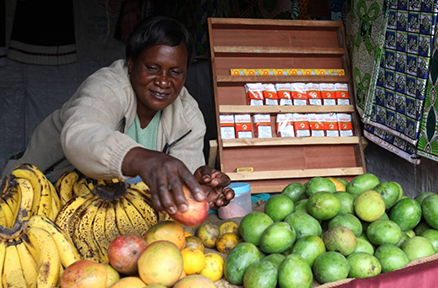 By Amanda Elam and Wendy Teleki

Yet women entrepreneurs in developing countries lag behind men in their own countries and women in higher income countries in their ability to transform their aspirations into resilient, growing businesses. These disparities underscore why unlocking the growth potential of women entrepreneurs is so critical to women’s economic empowerment and boosting inclusive growth.

At no time has this challenge been clearer. During the COVID-19 pandemic, female entrepreneurs have suffered from challenges such as supply-chain disruptions and evaporating markets and finance, and as well as increased care burdens and domestic volatility.

The new GEM Global Women’s Report illuminates some of the reasons why female entrepreneurs have been hit so hard. Women founders in low-income countries tend to start much smaller businesses, focus on local markets, and have lower growth intentions. On average, they are younger, poorer, and less educated than entrepreneurs in other parts of the world. Over 60% are under the age of 35 and over 40% are in the lowest third of household income. Against this background, it is not surprising to note the low participation of women in the fastest-growing technology sectors. Importantly, women business owners are more likely to employ other women, so when they falter the ripple effects are substantial.

At the same time, we also see ambition and resilience in our research and activities supporting women entrepreneurs.

In low and middle-income countries, female entrepreneurs are as likely as male entrepreneurs to offer innovative products or services in their business operations. The research also shows important regional disparities.

How can we ensure that women are not overlooked in policies and programs supporting entrepreneurship and economic development? We suggest four important opportunities.

First, focus on supporting high-growth women entrepreneurs. There is a slow shift from encouraging a high number of startups to focusing on firms with higher-growth activities. It is time to zoom in on ventures who can do more to innovate, create jobs and deliver solutions to their markets.

Second, address policy constraints alongside support programs for women entrepreneurs. Programs should use an eco-systems approach; linking policy, legal, and regulatory reforms with public and private investments to expand access to capital, markets, networks and information.

Third, back women business owners in male-dominated sectors. Gender disparity in traditionally male dominated and higher growth sectors, such as early-stage ICT activity, is significant. The majority of global venture capital funding is directed towards this sector. Promoting training, incubation and acceleration of women-led firms in such non-traditional sectors will be critical.

Finally, encourage more women investors and track results.  Women investors are more likely to invest in women entrepreneurs. Promoting more women in financing, accelerators and incubators, will make a difference for women-led businesses in emerging markets. And tracking the results of how much financing is going towards women entrepreneurs is critical to establishing accountability.

Women-led businesses are key to inclusive economic growth in developing economies, but the pandemic has set them back significantly. If we seek greater economic growth and more equitable societies, we need to do more to support and invest in women entrepreneurs.

The Role Of The Brazilian Military In The Coup Attempt