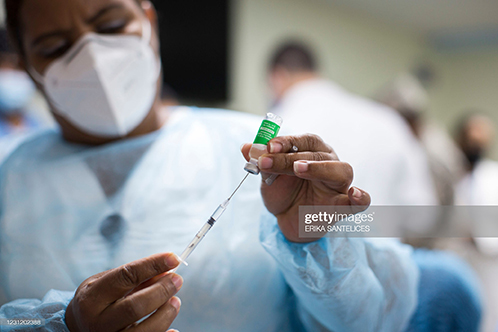 News Americas, NEW YORK, NY, Weds. May 26, 2021: After months of non-existent vaccination aid to Latin America, the United States is finally taking affirmative action. Over the next several weeks, the US is slated to send millions of COVID-19 vaccinations to Latin American countries, making the country one of the top exporters of coronavirus vaccinations.

According to Reuters, the US is expected to give 80 million vaccine doses to other countries, prioritizing North and South America. One source stated that millions of Pfizer vaccines have already been sent to Central and South American countries as cases spike in those regions. Countries that have already begun receiving US-made vaccines include Costa Rica, Ecuador, Peru, and Brazil. Moving forward, the drug company is expected to produce 10 million shots per week for exportation.

Rising infection rates have prevented other countries from re-opening. In Brazil, over 16 million cases and 449,000 deaths have been reported. COVID cases in Argentina are rising in record levels. Although Latin America and the Caribbean account for just 8% of the global population, they account for 29% of coronavirus fatalities.

Overall, the entire Latin American region is struggling with outbreaks and 90% of deaths came from just five countries in that region (Brazil, Mexico, Colombia, Argentina, and Peru). On Friday, Latin America officially surpassed 1 million coronavirus-related deaths. Meanwhile, in the United States, COVID cases reach all-time lows and the supply for vaccines is higher than the demand as many Americans choose to remain unvaccinated.

As the Biden Administration evaluates its vaccine distribution plan, vaccine diplomacy has been a topic of concern. “Vaccine diplomacy” references countries attempting to gain influence by providing vaccines to other countries. Russia and China have taken several initiatives to send vaccines to their neighboring countries. Last week, Senator Mitt Romney stated that the United States needed to speed up vaccine sharing to compete with other nations

Still, even with coronavirus cases spiking, many stateside workers continue to send money back home to Latin America and the Caribbean. For instance, according to the Wall Street Journal, Mexican workers in the United States sent record amounts of money back home in 2020, during the heyday of COVID-19. Despite massive shutdowns there was a surge in remittances, shocking analysts and providing struggling families with much-needed income in Latin America. In fact, during the first 11 months of the year, remittances rose by 11% despite the fact that unemployment rates were rising.

There are several reasons why this occurred. For starters, many of the industries that migrants work in didn’t shut down completely, including construction and agriculture. And with migrant workers spending less, there was more money to send home.

Furthermore, migrants and many U.S-born Hispanics qualified for unemployment and pandemic assistance; these funds were used to help those struggling in their home countries. Other citizens and migrants have resorted to additional methods. For instance, according to the National Reverse Mortgage Lenders Association, there’s a rising number of homeowners who are opting for reverse mortgages, which allow them to tap into their equity and get paid monthly (you can determine your eligibility and rates here: https://reverse.mortgage/calculator).

Moving forward, numbers suggest continued support for Latin America countries from family members and other countries, both in the form of vaccinations and monetary support. A large number of vaccines will be donated through the World Health Organization’s COVAX program, which aids vaccination efforts for poorer countries.

Map: What will NATO look like with Finland and Sweden included?