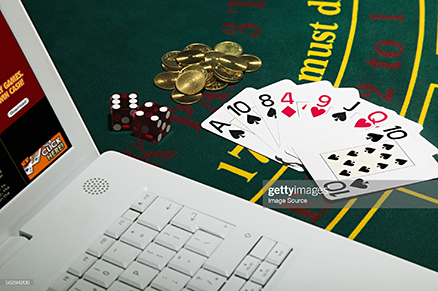 News Americas, NEW YORK, NY, Fri. July 15, 2022: One of the more promising regions to start an online gaming company in is Latin America. For more than ten years, analysts have closely monitored the growth of the area and have seen an annual increase in the number of online sportsbooks and casinos. What causes the rapid speed of growth, and which nations should businesspeople pay particular attention to?

Latin American developing markets have a lot of promise. Since most of the locals only have access to mobile internet, mobile gaming is particularly well-liked in these countries. Latin American players like playing poker, slots, and bingo as well as betting on sports. However, there are regional differences in internet gambling laws and, consequently, in how much money online casino operators make.

The largest gaming Latin America market is found in Brazil. Brazilians are renowned for their love for football, and this fervor undoubtedly transfers into bets on football sports events. 212,6 million live in Brazil today, and such a large population is yet another important aspect of the industry. Furthermore, cellphone connectivity is available to more than 50% of Brazilians.

Operators are required to pay a $4.4 million licensing fee in compliance with new regulatory documents that were authorized on May 10, 2022. There is no cap on the number of licenses, and they are good for five years. These regulations will apply to all current operators when they take effect in August.

Latin America’s second-largest economy is Mexico. Over 120 million people are living in Mexico, and the gaming industry generates around $300 million in income annually. The two most popular games of chance in this country are blackjack and baccarat. However, sports betting generates the most enthusiasm, with football naturally taking first place in the hearts of many Mexicans.

Almost everything in Mexico is regulated, at least on paper, but there are numerous exceptions. For instance, fantasy sports are legal but are only permitted at land-based casinos, and only poker is permitted there. Although many types of gambling are technically illegal, there are several legal interpretations that support the growth of the gaming business. Thus, the legality of gaming businesses is up to debate and often ambiguous, which is not good for players, for whom using such services can be unsafe. You can analyze a successful regulated market by reading articles over at iGamingMI to find out how the iGaming industry of Michigan works and how profitable it is.

Argentina has a population of 46 million people, which means that it is the third-largest economy on the continent. Although Argentina’s regulatory framework can be vastly improved, the market is nevertheless developing in a constructive way. Regulation in this area is done at the provincial level, and each province is free to decide how to regulate casinos and internet gambling. Only citizens of the province in which they have been granted a permit can be accepted by licensed operators.

As of this day, 15+ provinces have allowed internet gambling. This includes Buenos Aires and its province, the population of this territory is home to a third of the country’s population. The provincial regulatory agency permitted cooperation agreements between domestic and international businesses in 2021.