Home Marijuana News Nevada Cannabis Law: An Example For The Other States 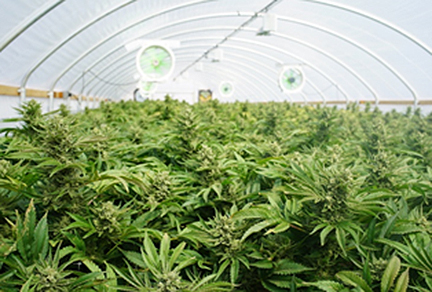 Legal recreational use of marijuana became effective on January 1, 2020, Nevada was the fifth state to legalize recreational cannabis. It took voters eight months to approve the legislation, this was the fastest course change from polls to sales in the U.S.

Nevada is viewed by other states as the gold standard in cannabis sales for medical and recreational uses. A whopping legal sales of $195 million for the first six months eclipsed Colorado’s $114 million and Washington’s $67 million.

Patients from any state with medical marijuana cards can purchase their weed requirements in any legal Nevada dispensary.

Where Can Marijuana Be Purchased?

Consumers can buy their products at a licensed marijuana dispensary. Dispensaries have dual license; bud tenders can sell marijuana products to adult users and medical patients.

A county’s size determines the number of licensed dispensaries. Clark County has 80 allocations, next is Washoe County with 20, Carson County has four, and two each to the remaining 14 counties. Mostly, dispensaries are located in thickly populated areas like Nevada and Reno, and the rest are spread throughout the state.

Store hours are determined by the local government and must be visibly posted. In Las Vegas store hours are from 6:00 A.M. to 10 P.M. while Reno dispensaries must close before midnight.

Adult users 21 years or over must present a valid ID and can buy one ounce of weed flower for personal consumption or purchase up to 1/8 ounce of marijuana concentrate like hashish at one time.

Patients who show their legal medical marijuana card must be at least 18 years old and can buy 2.5 ounces of pot or 2.5 ounces of concentrates per 14-day period. This includes anything that can get a person stoned such as edibles, beverages, topical, strains, and concentrates. If the patient is below 18 years old, the guardian must sign the Medical Use Minor Release Form.

Purchases are monitored by dispensaries and they will not sell cannabis to customers who exceeded the limit.

It is an offense for underage people to pretend to be 21 to obtain weed. The punishment is up to $1,000 in fines and/or up to six months in jail.

People under 21 are not allowed to loiter in a dispensary; they will be slapped with a $500 fine.

Where You Can Consume Cannabis?

Cannabis consumption in Nevada is prohibited in any public place, it must be consumed in a private property with the consent of the residential owner.

NuWu Cannabis Marketplace is a social lounge where toking is allowed.

Public places where weed is illegal include:

On the drive home, marijuana must be stored in a sealed container and must not be seen in the trunk or glove compartment. While on a vehicle the driver and passengers are not allowed to ingest weed.

Nevada marijuana laws prohibit smoking weed in public; it is a violation punishable by up to six months jail time, $1,000 fine, or both.

A first offense of having more than 1 oz. but less than 14 grams is a category E felony. Courts grant eligible defendants who plead guilty or no contest a deferral of judgment, the charge will get canned if the defendant completes various court-ordered sentencing terms. Otherwise, category E felony convictions carry probation and a suspended sentence. But if the defendant has two or over prior felony convictions, the court may order one to four years of Nevada State Prison and a maximum of $5,000 in fines.

Can You Drive Under the Influence of Marijuana?

A first-time DUI offense with no injury is considered a misdemeanor and penalties include:

Guyana, Rogue States And A Gas Pipeline In The Ocean