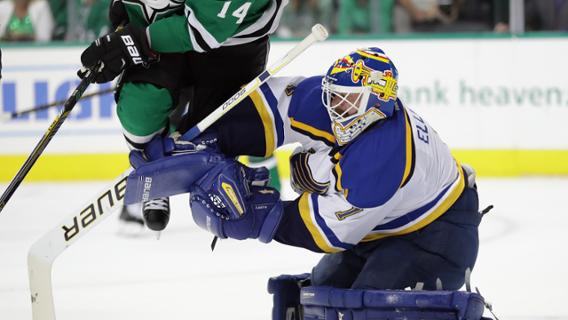 News Americas, NEW YORK, NY, Fri. May 13, 2016: Who said the National Hockey League is made up of White players only? With the NHL announcing the start of Game 1 of the 2016 Eastern Conference Final today, Friday, May 13th at 8 p.m. ET in Pittsburgh, PA, News Americas Now decided to look at the black, Caribbean roots players in the NHL today. Here they are:

P. K. Subban, 27, was born to a Jamaican father and a Montserratian mother in Ontario, Canada. He was drafted by the Montreal Canadiens of the National Hockey League (NHL) in the second round, 43rd overall, of the 2007 NHL Entry Draft. In 2013, he won the James Norris Memorial Trophy as the NHL’s top defenceman and tied with Kris Letang as the leading scorer among defencemen. Subban was named to Canada’s 2014 Winter Olympic team for participation in the Games in Sochi in defence of their 2010 gold medal. They successfully reprised the gold, prevailing 3–0 over Sweden in the tournament final. Internationally, P.K. Subban has won a gold medal with Canada at the 2014 Winter Olympics in Sochi.

This ice hockey goaltender for the Islanders was born to an artist and kick boxer from St. Lucia, and a Finnish mother in Finland.

The 24-year-old Gibson entered the NHL 2011 draft and was selected by the Los Angeles Kings in the 2nd round (49th overall). But he never played for them, instead signing with the Toronto Maple Leafs, playing in their minor league system before a trade sent him to the Islanders. Gibson made his first-ever NHL start for the Islanders on April 5, 2016 against the Washington Capitals.

Twenty-three-year-old Malcolm-Jamaal Justin Subban is a Canadian ice hockey goaltender who was selected by the Boston Bruins in the first round (24th overall) of the 2012 NHL Entry Draft. His dad is from Jamaica and his mom from Montserrat. The Boston Bruins made Subban the 24th overall pick of the 2012 draft. He signed a three-year contract with the club just prior to the 2012–13 NHL lockout. His older brother, is P. K. Subban.

Mark Alexander Fraser is a of Jamaican descent defenceman for the Ottawa Senators. He studied at the University of Waterloo during his two years playing for the Kitchener Rangers and has previously played for the New Jersey Devils, Toronto Maple Leafs and Edmonton Oilers, also in the NHL. A free agent into the 2014–15 season, Fraser made a return of sort to the New Jersey Devils organization in signing a one-year AHL contract with affiliate, the Albany Devils on November 2, 2014. He was later signed for the remainder of the season on a NHL contract with the Devils on December 18, 2014. Fraser’s return was complete on January 3, 2015 when he played with New Jersey Devils against Philadelphia Flyers. On September 28, 2015, the Ottawa Senators signed Fraser to a one year, two-way contract. His brother Curtis is a traveling assistant for the Prime Minister’s Office.

This Jamaican roots defenseman currently plays for the Pittsburgh Penguins of the National Hockey League. He was born in Toronto to a black Jamaican–Canadian father and a white Canadian  mother. Daley has also played for the Dallas Stars and Chicago Blackhawks. Daley made his NHL debut with the Stars in the 2003–04 season and established himself as a regular in the 2005–06 season when he played in a career-high 81 games and was named to the Canadian squad for the 2006 World Championships. On July 10, 2015, Daley was traded to the Blackhawks in exchange for Patrick Sharp and Stephen Johns. On December 14, 2015, he was traded to the Pittsburgh Penguins in exchange for Rob Scuderi.

The Caribbean-Born Players In The NBA This Season

Pierre-Édouard Bellemare’s roots extend to Martinique. He is a French professional ice hockey right winger currently playing for the Philadelphia Flyers. Bellemare’s father was born on the French overseas Caribbean island of Martinique.

Bellemare previously played for Skellefteå AIK of the Swedish Hockey League (SHL), where he won the Swedish Championship twice in 2013 and 2014. On June 11, 2014, the Philadelphia Flyers signed Bellemare to an NHL contract. Later in his rookie season of 2014–15, he signed a two-year contract extension with the club on March 2, 2015.

Darnell Nurse is of Trinidadian ancestry and currently plays with the Edmonton Oilers  as a defenceman. Nurse was selected by the Oilers 7th overall in the 2013 NHL Entry Draft. On July 25, 2013, he was signed by the Oilers to a three-year entry level contract. He is the son of former Canadian Football League wide receiver Richard Nurse and the nephew of former NFL star quarterback Donovan McNabb.

Anthony Duclair  who currently with the Arizona Coyotes is of Haitian descent but was born in Montreal, Quebec and grew up in Pointe-Claire, Montreal, Quebec. Duclair was selected by the New York Rangers in the third round (80th overall) of the 2013 NHL Entry Draft. On January 2, 2014, Duclair was signed to a three-year entry-level contract with the New York Rangers. On March 1, 2015, Duclair was traded to the Arizona Coyotes.

Chris Stewart is a Canadian professional ice hockey forward currently playing for the Anaheim Ducks of the National Hockey League (NHL). Stewart was born in Toronto to parents with both Jamaican and Irish backgrounds. He has also played for the Colorado Avalanche, St. Louis Blues, Buffalo Sabres and Minnesota Wild. He played junior hockey with the Kingston Frontenacs of the Ontario Hockey League (OHL). Stewart on July 12, 2015, signed a one-year, $1.7 million deal with the Anaheim Ducks.

Joel Randal Ward is a Canadian professional ice hockey right winger currently playing for the San Jose Sharks. He was born in North York, Ontario, to Barbadian parents. Ward has also previously played in the NHL for the Nashville Predators, Minnesota Wild and Washington Capitals. On July 3, 2015, Ward, as an unrestricted free agent, signed a three-year, $9.75 million contract with the San Jose Sharks.

This Investment Group Has Been Charged With Defrauding Haitian Americans

Pope Speaks Out on Amazon During Brazil Trip