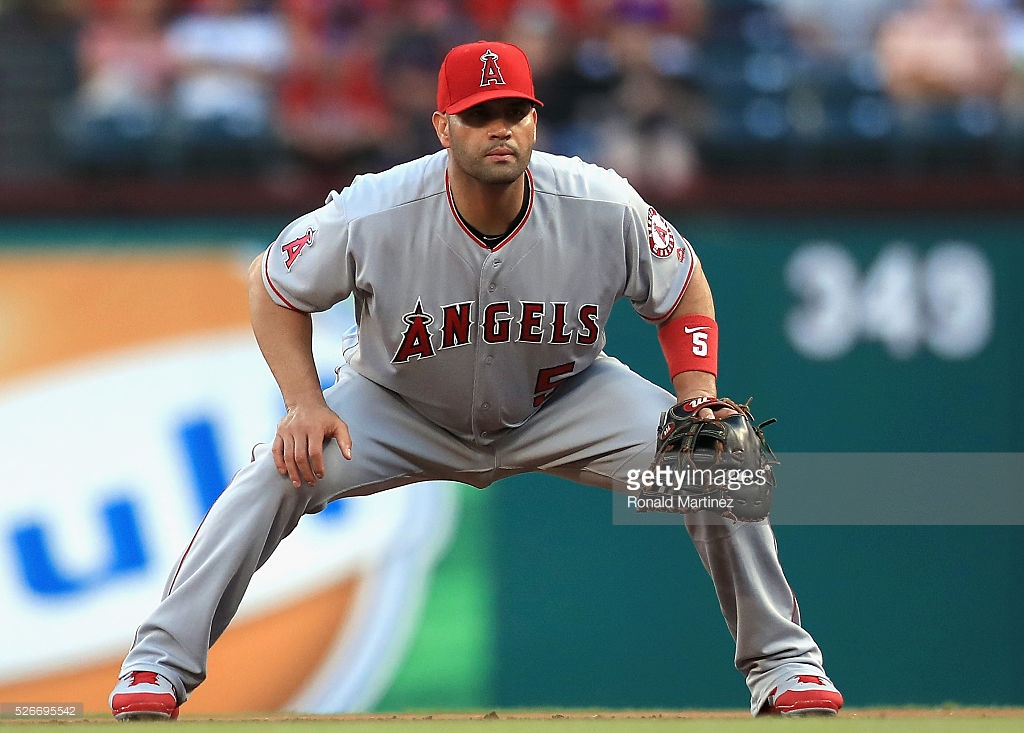 News Americas, NEW YORK, NY, Fri. May 6, 2016: Dozens of Dominican-born players are currently part of Major League Baseball teams across the country but only a select few have managed to climb to the top of the ladder to secure the title of “Richest DR born players” in the MLB today. Here are the top 5:

At 36-years-old, Albert Pujols, who also goes by the names José Alberto Pujols, ‘El Hombre’ and ‘The Machine,’ is sitting at the top of the heap with a net worth put at a whopping US $90 million dollars.

The 6 ft, 2 Pujols’ base salary with Los Angeles Angels of Anaheim is $24 million but he also earns $7 million a year from endorsements. His last contract paid him $100 million over seven years.

Pujols, #5, has been considered one of the most consistently high performing baseball players in the league ever since his debut with the Cardinals in 2001. In 2012, he joined the Los Angeles Angels of Anaheim. He is a nine time All-Star selection and has been named the National League MVP three times, among other honors. On December 8th, 2011 Pujols signed a contract with the Los Angeles Angels of Anaheim for $254 million over 10 years.

The contract is the second biggest in baseball history behind Alex Rodriguez’s 10-year $275 million deal with the New York Yankees. Pujols’ contract is only the third in baseball history to crack the $200 million mark. On April 25, 2016, Pujols hit his 564th career home run, passing Reggie Jackson for 13th on the all time list. On April 30, Pujols became the 85th player to make 10,000 career plate appearances.

Reyes was born in Villa Gonzalez, Santiago, Dominican Republic in June 1983. He signed a contract with the New York Mets after he was spotted by scouts at a tryout camp in 1999. As a shortstop he played for the Kingsport Mets, Capital City Bombers, St. Lucie Mets, Binghamton Mets, and Norfolk Tides. He made his major league debut in June 2003. During his time with the Mets Reyes was a four time All-Star in 2006, 2007, 2010, and 2011. From 2005 to 2007 Reyes was a three time National League stolen base champion. He was also a four time NL triples champion in 2005, 2006, 2008, and 2011. Reyes won the Silver Slugger Award in 2006 and was NL batting champion in 2011. He is the New York Mets all-time leader in both triples and stolen bases.

In 2006 Reyes signed a $23.25 million contract extension with the Mets and by 2012 signed with the Miami Marlins for a six year worth $106 million. Reyes has also represented the Dominican Republic in the World Baseball Classic in 2006, 2009, and 2013. He won a Gold medal in the 2013 World Baseball Classic. During the 2015-16 offseason, Reyes was charged with domestic violence, stemming from an incident with his wife while on vacation in Hawaii. On February 23, 2016, MLB Commissioner Rob Manfred announced that Reyes would be placed on paid administrative leave until at least when his trial began.

Taking the number three spot is David “Big Papi” Ortiz of the Boston Red Sox with a net worth estimated at US $55 million. The 40-year-old Ortiz is the designated hitter for the Red Sox and is a seven time All-Star player who also holds the Red Sox single season record for total number of home runs in a regular season with 54. Ortiz has hit 508 career home runs, which ranks 26th on the MLB all-time home run list. He is the all-time leader in MLB history for home runs (452), runs batted in (RBIs) (1,461), and hits (2,049) by a DH.

Ortiz was born in Santo Domingo, Dominican Republic and he became a US citizen in Boston on June 11, 2008. He was signed by the Seattle Mariners in 1992, after graduating from Estudia Espallat High School in the Dominican Republic and played baseball for the Mariners farm team the Wisconsin Timber Rattlers until 1996 when he was traded to the Minnesota Twins. He made his Twins debut in September 1997, after completing six seasons with the Twins; Ortiz hit 58 home runs and 238 RBI.

The sporting goods company Reebok revealed their new shoe called the Big Papi 10M Mid Baseball cleat, in April 2007. Ortiz is very active in charity work and founded The David Ortiz Children’s Fund in 2007. This fund supports many different causes, and it allows Ortiz to donate to children who are in the most need. He also released his own Charity Wine label in 2008 with all the proceeds going to the David Ortiz Children’s Fund. The wine called ‘Vintage Papi,’ proceeded to raise $150,000 for charity. Ortiz has announced on the website The Players Tribune that he will retire following the 2016 season.

Taking the number four spot on our list is San Pedro de Macorís, Dominican Republic-born Robinson Cano. Cano, 33, has a net worth of $50 million.

He earned that net worth from his career as a second baseman in Major League Baseball. He is now the second baseman for the Seattle Mariners of Major League Baseball after making his MLB debut with the New York Yankees in 2005. He played for them through 2013. In December 2013, Canó signed a 10-year, $240 million contract with the Seattle Mariners. He was offered a 7-year $175 million contract to return to the Yankees, but turned it down in search of a longer deal.

Robinson, who was named after the baseball legend Jackie Robinson, he is a four-time All Star, as well as a recipient of the Silver Slugger Award in 2006, 2010, and 2011. In 2009 he was a member of the Yankees World Series championship team.

Santo-Domingo-born Jose Bautista wraps up our top 5 pick with a net worth of $35 million. Bautista, 35, is a right fielder who bats and throws right handed. Bautista made his major league debut for the Orioles in April 2004. He was claimed by the Tampa Bay Devil Rays and then purchased by the Kansas City Royals before being traded to the New York Mets and then the Pittsburgh Pirates. Bautista is the only player who was on five different MLB rosters in one season. He settled in Pittsburgh until 2008 before he was traded to his current team the Toronto Blue Jays.

In 2001, Bautista signed a five year contract extension worth $64 million. He has been a five time All-Star from 2010 to 2014. Bautista was the MLB home run champion in 2010 and 2011 and also won the Hank Aaron Award and Silver Slugger Awards in the same years. Since 2010, Bautista has hit at least 27 home runs each year, and, in four of those seasons, has hit at least 35 home runs, has both scored and driven in at least 100 runs, and has drawn at least 100 bases on balls, including twice leading the AL.

In 2015, while playing in the playoffs for the first time, his bat flip in the American League Division Series caused a sensation that became a symbol of Toronto’s first playoff appearance in 22 years. In 2011, he set up a program that assists athletes from the Dominican Republic to attend universities in the United States. On November 3, 2015, Toronto exercised Bautista’s $14 million option for 2016.

The Caribbean-Born Players In The NBA This Season