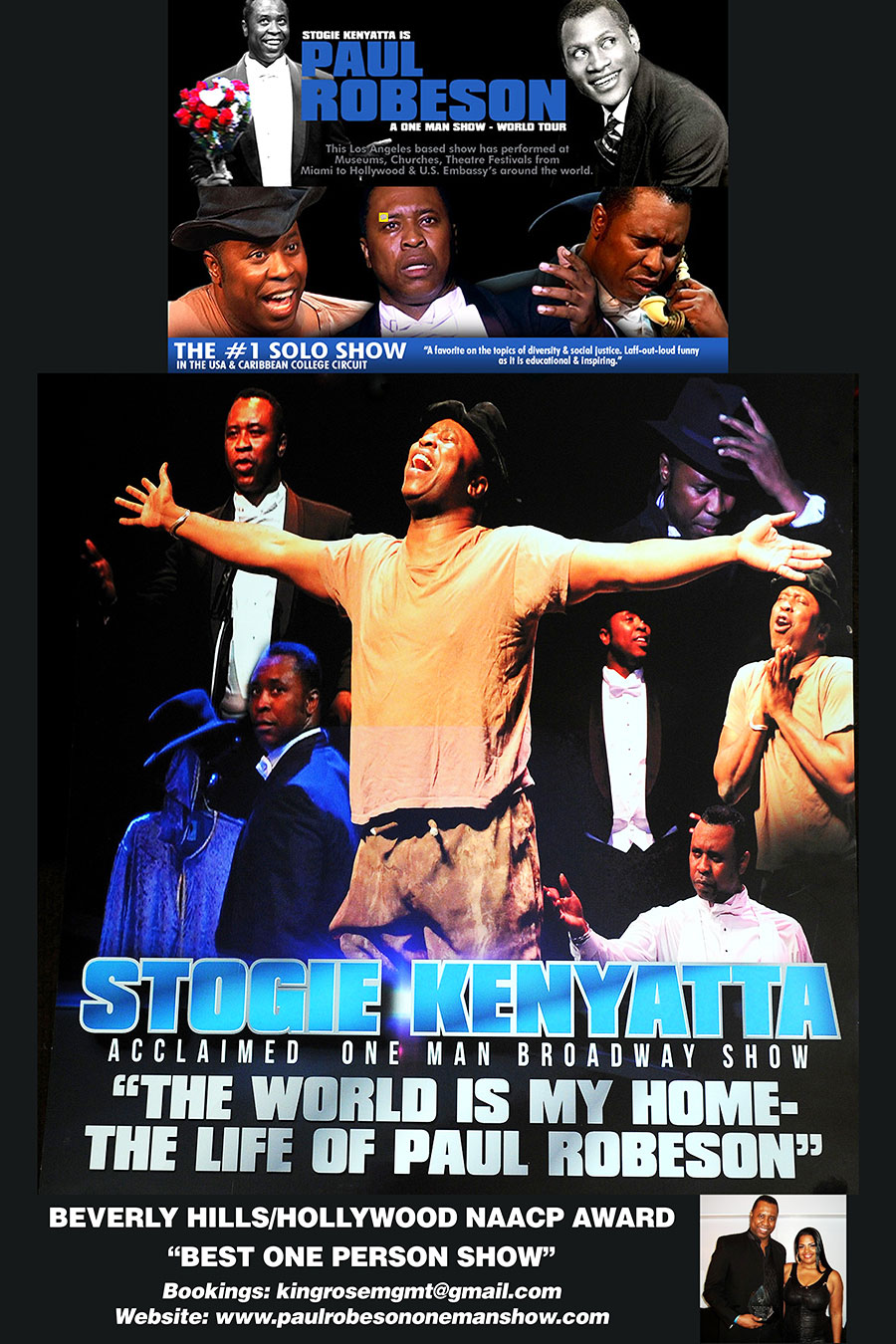 Stogie Kenyatta, who was born in Jamaica but grew up in Brooklyn, is winning acclaim for his “One Man Broadway Show” – “The World is My Home – The Life of Paul Robeson” – which covers the life and friendships of Robeson.

On stage, Kenyatta magnificently captures the essence of Robeson as he chronologically takes the audience through the life of the African American icon who was later inducted into the College Football Hall of Fame and also played in the National Football League (NFL), received his law degree from Columbia Law School, where he sang and acted in off-campus productions and became a participant in the Harlem Renaissance and became involved in civil rights in response to the Spanish Civil War, fascism, and social injustices.

Kenyatta was trained at the Afro American Studio in Harlem, Henry St. Settlement and Al Fann Theatrical Ensemble. He was a finalist in the New York State Theatre competition with artistic director, John Houseman.

Kenyatta also studied screenwriting and political science at the University of California and later with Ivan Markota at the Van Mar Academy for Television and Film Acting. He has accumulated over 30 television credits from sit-coms and film to soap operas including in ‘Batman and Robin.’

Kenyatta began performing at comedy clubs around the country in 1994. He has also performed in the South of France, the Gulf of Mexico, London and a USO Comedy Tour in Tokyo, Japan and Okinawa. As a screenwriter, Kenyatta has written several screenplays. He is the writer and star of the one-man show.

Kenyatta, who is a character actor with authentic Jamaican, British and African dialects, will next take his show to the Logan Hall on the campus of Tuskegee University on Friday, September 23, 2016 at 7 p.m. This event is free and open to the public.

In Bolivia, Shattering the Glass Ceiling Can Cause Bodily Harm

COVID-19 Vaccines But Not Enough Syringes In Brazil