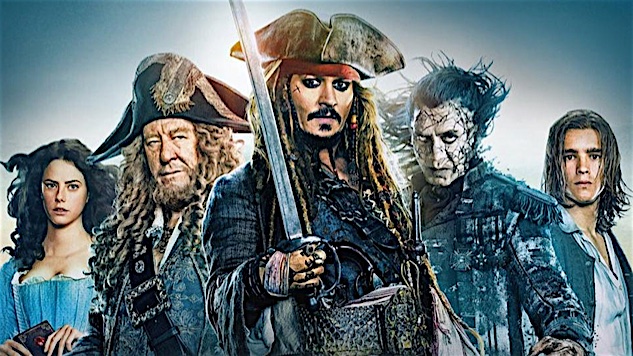 News Americas, LONDON, England, Fri. Feb. 9, 2018: Making movies is big business. The amounts spent on a production can be substantial, running into hundreds of millions of dollars.

For the Caribbean, attracting film makers from overseas not only has the benefit of bringing much needed revenue and employment, but can also spur the development of a wide range of local creative industries.

Speaking about this recently, Diane Edwards, the President of JAMPRO, the government agency that promotes investment in Jamaica, made clear that she believes that much more needs to be done to support the development of local movie making.

“We want to see more movies filmed in Jamaica with Jamaican talent and production crews,” she said at a local event for the launch of the Jamaican-made movie ‘Yardie’ prior to its international premiere at the Sundance Film Festival in Utah.

JAMPRO’s President went on to observe that to achieve this, the country’s creative product needed greater support. “Our competitors in the region have created film funds, tax rebates and upfront financing for films. JAMPRO will lobby Government and other stakeholders to develop a support mechanism to finance the development of local screen-based product” she said.

As has been well documented, attracting international productions to film on location in the Caribbean brings foreign exchange; significant short term local expenditure; offers employment to a wide range of individuals from carpenters to fashion designers, caterers, lawyers and accountants; draws in other film, TV and commercial makers; creates valuable indirect and direct destination marketing opportunities especially in relation to tourism; and through exposure to best practice, can enhance local skill levels, develop talent, and support the creation of a sustainable domestic movie industry.

Obtaining accurate figures on the overall global investment in film production are hard to come by because of the complex financing structures involved. However, media reports provide an indication. A few days ago, the British Film Institute noted that in 2017 the spend on film production in the UK reached its highest level ever at £1.9bn (US$2.7bn) while a 2013 PwC forecast indicated that it expected US expenditure in the sector in the US to grow to around US$36bn by 2017.

For those Caribbean nations able to offer incentives through tax breaks, rebates on expenditure, or discretionary waivers, obtaining even a small part of such revenues can be significant as nations as diverse as Dominica, Puerto Rico, Cuba, and the Dominican Republic have found.

Despite this, many in government seem not to understand the factors that draw international movie makers to choose where to film.

Speaking to those who work in the industry it is apparent that there are several not always obvious factors that drive producers, production companies and finance houses when it comes to deciding where to shoot.

They say for example that there must be quality hotel and villa accommodation available to house, often for weeks, the expensive talent involved and the crew. In this context they always consider security and a country’s reputation.

Location, they observe, is not everything as other roughly equivalent ‘tropical paradises’, jungles, deserts or inner cities exist in many parts of the world. More importantly, it is often the ease of reaching the sites where the movie is to be shot and having an able and efficient local service industry partner able to look after the complex, demanding and time sensitive requirements of a high budget production that matters more.

Weather conditions can also be an issue. Delays cost money and increase insurance premiums so sound stages and other production facilities of the kind operated in the Dominican Republic and the Bahamas are considered particularly valuable. The industry internationally also looks for experienced local production crews and the ready availability of high-quality production equipment, or waivers on the import of all that is required to make a movie.

Industry experts also point to the importance of having an able, well-staffed local film commission, with high level government access and the ability to obtain if necessary, rapid answers from Ministers and officials before and during filming, as well as free access to film locations.

There are also important issues relating to the way that movies are financed. Most productions now prefer a rebate payable in local currency that covers qualifying spend. However, others like the Dominican Republic offer tax credits that can be sold or passed on to a third party to offset against their tax liabilities. Currency stability and a country’s creditworthiness also figure when it comes to rebates

Co-production treaties of the kind that exists between the UK and Jamaica are also important because they enable movie makers to qualify as a national film in more than one territory, making it possible to qualify for incentives in both of the territories involved.

Unfortunately, some officials in the Caribbean and in international financial institutions continue to find it hard to understand that unless movie making is incentivized, there will be no significant projects.

If evidence of this were needed, Jamaica has not seen any major foreign investment in film production since 2013, the year in which government under IMF pressure ended all fiscal incentives. Although the island’s new Fiscal Incentives Act offers capital allowances and relief on the importation of ‘tools of trade’, nothing has been put in place to replace the island’s Motion Picture Encouragement Act to encourage international movie makers to use the country as a location.

In contrast, Trinidad’s government is actively encouraging investments in movie making, has full details of its rebate program online, a pipeline of productions, and is actively expanding its industry.

A measure of whether Jamaica returns to incentivizing film production may come soon if its proposed film fund, financed by local investors and private equity and possibly delivered through the Development Bank of Jamaica, comes to fruition. If investors are convinced, and government agrees to the necessary waivers and flexibilities, such a fund could become the vehicle for a rebate system that would once again put the island back on the map for movie makers.

As Diane Edwards points out, “Encouraging filmmaking not only brings direct economic benefits, but also helps in upskilling the local workforce, and ultimately secure more jobs for Jamaicans working in the screen-based industries”.

How The Caribbean Is Fast Becoming An Ecommerce Hub

This Caribbean Country Is Going To The Polls This Month

Where Have All The Celebrities Gone Caribbean?