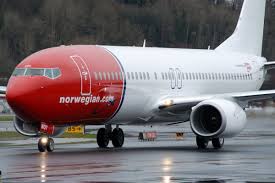 News Americas, NEW YORK, NY, Fri. June 26, 2015: Get ready to fly Norwegian Air to at least two Caribbean nations before the end of the year.

The airline has announced it will launch flights from Boston, Baltimore/Washington, D.C., and New York City to the French Caribbean islands of Guadeloupe and Martinique.

With the new service, Norwegian will offer U.S. mainland-based customers some of the lowest fares to the Caribbean, with an introductory fare starting at $79 one way, valid from all three U.S. airports and starting at $99 one way from Guadeloupe and Martinique.

Ungainly T20 cheerleaders prove the devil really is in the detail – Bizcommunity.com